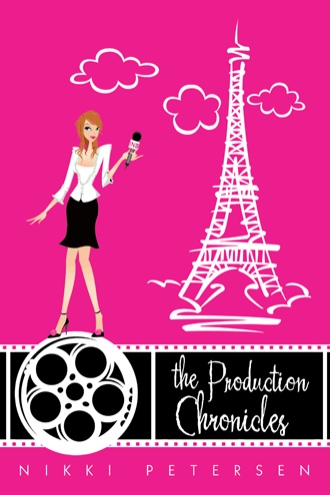 It was at my favorite bistro, sitting among the indoor plants beneath the glass panes of the veranda, that I decided once and for all that I was destined to be a famous film director and that I’d make the sort of films that would revive the very world to which Last Tango in Paris was born. I also spent a great deal of time staring at the black and white checkered floor trying to think of an idea for this masterpiece. For some reason, the idea was having a hard time showing its face, but I was positive it would come about sooner or later.

In the meantime, I attended my expensive film school and bought a cheap video camera, which I took with me everywhere. I filmed the drug addicts on my street and the rose petals on the ground outside the flower shop. I filmed the leaky sink in my apartment and the signs in the park near my house that read: “The grass is resting, please do not sit on it.” I filmed people on the metro platforms during the strikes and old women on the bus with red lipstick and little white dogs. And when I finally graduated, I realized that it was going to be nearly impossible to find a job where there was actual filming involved, other than that of a security camera.

I was, in essence, screwed, and stuck in Paris…

Emma Vaughn is stuck in a shoebox apartment in Paris without enough money to buy a plane ticket home to America. After graduating from film school with aspirations of becoming a famous director, Emma soon realizes that her career goals may be out of her reach. Utterly clueless as to how to find a job and desperate to cure her malaise, she lands a part-time gig serving cocktails and spends her spare time dreaming about falling in love.

Thanks to a chance encounter with Antoine, a handsome and successful French producer, Emma is thrust headfirst into the glamorous world of commercial television—only to discover that she has absolutely no idea what she is doing. After serving lattes to famous people, discovering the joys of Bollywood, and escaping from a Moroccan prison, Emma struggles to pave her own road to success as she embarks upon a journey to become a producer in a fiercely competitive industry.

The Production Chronicles is a delightfully charming tale that will appeal to the chronically unemployed, the hopelessly ambitious, or anyone who has ever wondered what it is really like to work in the world of film and television production.

NIKKI PETERSEN divides her time between Fort Collins, Colorado, and Paris, France, where she works as a director and producer for American television stations. Her production credits include CNN, MTV, VH1, the Discovery Channel, and CBS. She enjoys traveling and spending time with her family. This is her first novel.