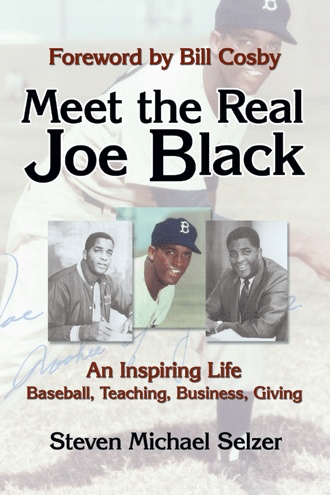 When Martha Black came home from a hard day’s work, she always took the time to ask each of the children, “What did they teach you in school today?” If any child sought the easy way out by saying “Nothing,” that child, Joe said, “. . .would have a stammering good time trying to explain how you can sit in a classroom for six hours and not learn anything.”

The Plainfield school system had a practice at that time, whether it was intentional or not, of placing most black males in Industrial Arts and black females in Home Economics once they reached high school. Joe completed his first day in high school in a disgruntled mood. He had been assigned to auto mechanics, basic arithmetic and industrial courses. He explained to his mother that he would probably fail some classes because he did not like the subjects. She said, “Let’s go see the principal tomorrow.”

“The next day I was embarrassed as I walked to school with my mother. My peers, friends, and strangers were looking at me with that all-knowing grin on their faces because a parent coming to school usually meant that you were in trouble.

We were invited into the principal’s office, and he was courteous, but not convincing as he attempted to explain that I had been assigned shop classes so as to prepare me better for the work world, since in all probability I would not be going to college. Wow! He shouldn’t have said that.

My mother stood up and maximized her 5'8" and 180 pounds, looked the principal straight in the eyes, and pointed her finger as she told him:

"Don't you tell me how poor we are or what's gonna happen to my children - you just put Joe back in those classes with those rich kids or it’s going to be me and you.’

The principal blushed, or flushed, but he recognized that my mother meant business and, as he ushered us to the door, he said: ‘We’ll see what we can do.'

Needless to say, that was my last day as an Industrial Arts student. I was transferred to another tract that included college preparatory courses.

That evening while we were having supper, my mother reminded us that she would always be there if we had a problem, but not to let anyone make us feel inferior because ‘you ain’t no better than anybody else, and ain’t nobody better than you.’”

Joe Black was a baseball pioneer, the first black pitcher ever to win a World Series game. He was Jackie Robinson's roommate on the Brooklyn Dodgers. Joe Black then became the only Major Leaguer to become a full-time public school teacher after his baseball career ended. The Black family lived in a very modest house right next to the author’s father's auto body shop near the railroad tracks in the poorest part of Plainfield, New Jersey and they knew his late father, Nathan. The author first met Mr. Black when he came to Hubbard Junior High School as a teacher and baseball coach and their forty-five year friendship continued until his death in 2002.

As his teacher, coach, and mentor until the end of his life, Mr. Black became a trusted friend and mentor. He greatly influenced the author’s life, his law practice, and his family. Selzer was given the honor of being the opening speaker at Joe Black’s Memorial Celebration on June 1, 2002.

Many of Joe’s friends, acquaintances, and former colleagues contributed stories for this book; among them are Bill Cosby, Sandy Koufax, Bob Costas, Joe Garagiola, Dusty Baker, Jerry Reinsdorf, Jerry Colangelo and others. John Teets, former CEO of the Greyhound Corporation, talked of Joe Black's progress in advancing to become the first African American executive in the transportation industry. While in this position Joe Black wrote an an inspiring and motivational nationally syndicated column and did radio spots, both called "By the Way". Several of these thoughtful columns appear in this book.

Steven Michael Selzer was a student of Joe Black’s when he taught at Hubbard Junior High School after his Major League baseball career ended. Then, Mr. Black became a mentor to a grateful former student. Mr. Black helped other students as well. He inspired Mr. Selzer to write a book about the importance of civility and respect in 2000. Mr. Black encouraged Mr. Selzer to become an attorney, convincing him that the law was a noble profession. A graduate of The National Law Center of the George Washington University, Mr. Selzer practices law in Montgomery County, Maryland. He lives in Rockville, Maryland with his wife, Adrianne; they have two grown sons and one daughter-in-law.