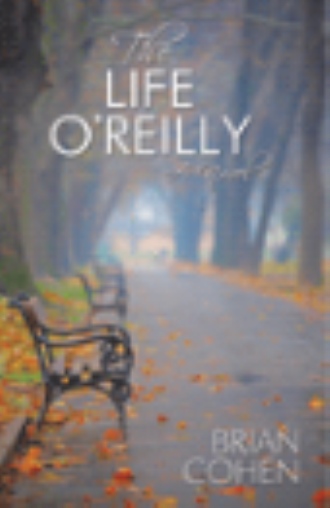 
“There has to be a better way,” I muttered, as I replaced the phone receiver on its cradle. I’d arrived at the oﬃ ce long before seven and had been embroiled in activity since the moment I’d hunkered down into my black leather swivel chair. I’d taken part in an early conference call with adversaries and also had papers that needed to be ﬁled in Dallas by four o’clock (ﬁve o’clock New York time), and, by the time I’d turned around, the digital clock on my desk cautioned thatit was eleven-twenty. That didn’t provide much time beforethe partners’ meeting, which was at noon at the Harvard Club.

Generally, the meetings were pretty much bullshit, though this one was expected to be important. After covering the usual topics like associate productivity and ﬁ nancial matters, the hot issue was our new policy on pro bono work. Williams Gardner & Schmidt was always among the leaders in The American Lawyer’s list of highest proﬁ ts-per-partner,but its reputation in pro bono was downright disgraceful. Williams Gardner didn’t overtly discourage pro bono, but it didn’t exactly encourage it either, which ultimately sealed the cause’s fate at the ﬁrm. Bottom line—associates were terriﬁed to spend time on anything other than billable clients,and partners totally lacked the incentive to initiate pro bonowork themselves, acutely aware that every minute of the day inﬂuenced their quarterly draw.

Until, of course, the public relations component became a factor.

The meeting took place in the club’s most grandiose space;large Palladian windows revealed the New York cityscape, a gold chandelier hung from the lofty ceiling. Like the rest ofthe club, the room was old world (and, if you ask me, stuﬀ y as hell), with oak-paneled walls and Venetian sconces. For a blue-collar boy, who had worked his way through BinghamtonUniversity and Brooklyn Law, this was a whole other world—an elitist world that, even after twelve-plus years with the ﬁrm (that should have been accounted for in dog years), stilldidn’t feel quite right.

To foster an open discussion, the tables were arranged inthe form of a large square with twenty lawyers on each side. Waiters fully garbed in black tuxedos with penguin-tailed jackets carefully served tossed salads, house-cured gravlax,and the main courses, orders which had been taken uponarrival. Cocktail waitresses darted to and from the bar, as the elder members of the ﬁrm had no qualms about getting sauced during lunch. Junior partners were uncomfortablewith the concept, and, with stacks of work screaming forattention, we knew our limitations and stuck to soft drinks or bottled water.

At twelve forty-ﬁve, the meeting was called to order. Th e ﬁrm’s managing partner, Wilfred J. T. Schmidt III, cleared his throat directly into the microphone set in front of him,commanding silence. Will had thick gray hair, parted neatlyto the side; it was well-groomed and matched his mustache, which was aﬃxed to a square face that projected arrogance.He held his head high and with an air of authority that, despite certain time-imposed wrinkles, spoke of ageless strength. Willsat in the middle of the north side of the makeshift square. His cohorts, cloaked in similar three-piece suits and paisley bowties, acted the part, though there was no mistaking who was in charge. After the meeting, they would retreat to the smoking room to enjoy the ﬁnest-grown tobacco, either ina pipe or a cigar, but not before donning ridiculous-looking ascots and velvet smoking jackets.

A recording secretary took attendance and kept the minutes.

Will followed the usual agenda and, in turn, introduced the chairperson of each of the ﬁrm’s committees, starting with ﬁnance and going on through recruiting and technology. After a series of brief status reports, Will removed his thick,tortoiseshell-rimmed glasses, set them on the table, and turned to the important topic of the day.

“Thank you, folks. I am delighted with what I have heard today. We remain one of Wall Street’s elite and most proﬁ tablelaw ﬁrms, which is a testament to not only the ﬁ ne reputationwe have earned and enjoyed over the course of our history,but to the fact that we have not rested on our laurels. Indeed, we continue to perform at the highest level and deliver the best results for both our longstanding clients as well as our new ones. We should all be proud.”

“Here, here!” several partners proclaimed, raising glasses in toast and replacing them for a round of applause. Willwaited for silence.

“As you know, more and more of our competitors haveinvigorated their commitment to the community at large … through what is known as pro bono work, if you will. Forreasons unbeknownst to me, we have not made the same commitment,” said Will, rolling his eyes and coaxing raucous laughter from his contemporaries and wry, placating smiles from the rest, “and, as a consequence, we have been chastised by the press as insensitive, money-hungry, selﬁ sh mongrels.

“As you know, more and more of our competitors haveinvigorated their commitment to the community at large … through what is known as pro bono work, if you will. Forreasons unbeknownst to me, we have not made the same commitment,” said Will, rolling his eyes and coaxing raucous laughter from his contemporaries and wry, placating smiles from the rest, “and, as a consequence, we have been chastised by the press as insensitive, money-hungry, selﬁ sh mongrels.Once again, I have no idea why …” he said, receiving a similar,yet more subdued reaction.

“But the fact of the matter is, ladies and gentlemen, thisﬁrm has always adapted to changes in the environment.”The members of the small female and minority contingents gritted their teeth and bit their lips, discreetly sharing looks of disapproval with each other. “If we are going to continueto embody the touchstones of leadership and success in our ﬁeld, then we must also set an example in the community.Accordingly, for all of the foregoing reasons, and based on the feedback I have received from many of you over the course ofthe last few months, I hereby propose the formation of a new ﬁrm committee to be known as the Pro Bono Committee.”

Will paused to take a swig of scotch.

“In this regard, I have already spoken with Ruth Davidson, who has agreed to serve as chair,” said Will, gesticulating toward Ruth, red of hair and pale of skin and dressed in a black pantsuit. She feigned a Mona Lisa smile. “Ruth will coordinate assignments among the attorneys and act as the ﬁrm’s liaison to NYC Legal Services, a nonproﬁ t organizationhere in town which, from what I am told, is the oldest providerof free legal services in the city.

“Furthermore, for this to work eﬀectively, we must institutea formal policy, mandating that each attorney, including partners, counsel, and associates, devote three percent of his or her billable hours to such endeavors. So, if our associates are hitting their mandatory twenty-ﬁ ve-hundred-per-yearminimum, an additional seventy-ﬁve shouldn’t amount toa hill of beans. And, of course, if they don’t like it, they can always go in-house and never be heard from again,” saidWill, provoking a mix of snorts and cackles throughout the room.

“I suspect that some of you may do so already, but,nevertheless, I would like to suggest that we all dedicate ourselves to getting involved in more … charitable activities. By that, I mean get involved in, sit on the board of, or evenhelp run—if you ﬁnd the time—some type of community or charitable organization. It will be a positive reﬂ ectionon the ﬁrm and may help eviscerate this … shall I say … notoriety that has become aﬃxed to our ﬁne name that we and our predecessors, including my father, may he rest inpeace, labored so long and hard to build.

"Readers should have a box of Kleenex handy when they read this book. It is emotional, to say the least .... [The Life O'Reilly] is a heartwarming tale of discovering life, love, and legacy ... a love story filled with drama and emotions. There are plenty of shocking events which make this a page-turner and a very sentimental novel."
- Suite101.com
“[A] riveting and deeply emotional work. The Life O’Reilly keeps the reader turning the pages as author Cohen displays a vivid touch with the everyday details of working life.”
—Nashville Book Festival
“Brian Cohen clearly has the gift of story in this riveting debut. His ability to plumb the depths of the human heart, and its capacity to change—forged in a modern, gritty, yet sophisticated New York—shines through in this estimable work. The mark of a great novel is one that is impossible to put down on its final page. Cohen’s book reaches that bar.”
—New York Times bestselling author
Michael Christopher Carroll

"The Life O'Reilly is a fascinating read that will warm hearts."
—Midwest Book Review

"...this is the way life should be lived. To be able to stop at any moment and say, I am proud of and very much at peace with who I am."

Brian Cohen's first novel is an affecting and haunting story that captures the attention of the reader and holds it throughout, lingering long after the final page is turned....

Cohen has a fluidic writing style. His story is well paced and his characters have dimension and distinctive personalities. It is inspiring to watch Nick's heroic battle for survival as he evolves into the kind of man (and life) that will leave a lasting and impressionable legacy.

It is not often that a work of fiction leaves the reader contemplating his or her personal outlook on life. The trials that Nick endures are easily applicable to reality. His story gives us pause to think, leaving us grateful for having made Nick's acquaintance.
—The US Review of Books

At once a bittersweet love story and a young lawyer’s journey of self-discovery, this auspicious debut delivers an emotional wallop and will move readers in unexpected ways.

On the outside, Nick O’Reilly has it all: a high-flying legal career, as a partner of an elite Wall Street law firm, and financial security, with an apartment overlooking Central Park. Having grown up in a working-class family, as far back as Nick can remember this was his dream. But at the age of thirty-six, after several years of sacrificing his personal life for professional gain, Nick has started to ponder his future and consider the mark he wants to leave on society both professionally and personally—his legacy.

After being chastised in the press for turning a cold shoulder to the community, the firm calls upon Nick to help rehabilitate its image by handling its first pro bono case. Nick is asked to represent Dawn Nelson, a domestic violence victim who is fighting for custody of her young son, Jordan. A far cry from Nick’s specialty of defending the misdeeds of Corporate America, it is up to Nick to set Dawn and Jordan on a path to a better life. But Nick gets much more than he signed on for, as Dawn forces him to reassess his life choices and, ultimately, be true to himself. Only when Nick finally realizes what is truly important in life does he face his toughest—and possibly final—challenge: a battle for his own survival.

Exploring the flaws of being human and the importance of controlling one’s own destiny, The Life O’Reilly reminds us of how precious life is and how quickly and tragically it can change. Written with great empathy, The Life O’Reilly is an emotional and unforgettable tale that will challenge one’s expectations of the modern love story and introduces a poignant and sensitive new voice in fiction.

Brian Cohen earned his Bachelor of Accountancy from George Washington University and his Juris Doctor from St. John’s University School of Law. He has been practicing law for twelve years. Brian lives with his wife and their daughters in the suburbs of New York City. He is at work on his second novel. Visit Brian at www.briancohenbooks.com.