A Tale of the Confederate Secret Services 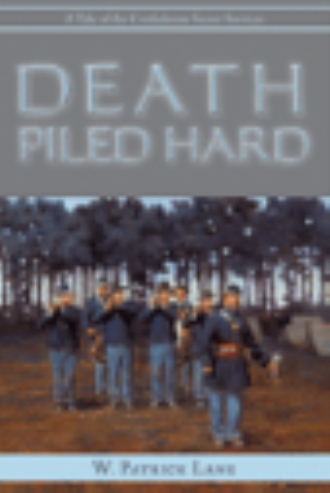 "The spy plodded forward in the dripping rain. His black broadcloth coat and trousers held back the wet at first, but within a few minutes water began to run in tiny streams down his legs. The long skirt of the frock coat defined a precise line of separation between cold wetness below and relative warmth above, but he knew it was only a matter of time before his waistcoat and shirt soaked through. He shivered convulsively. How cold a summer day could be. The cortege stretched back through the mist for blocks, back all the way to the church. The black, rectangular bulk of the artillery caisson rumbled along on the cobbles just in front of him. His brother's casket rode high, its length filling the space between the wheels. The brass handles and waxed ebony gathered beads of rainwater. He had protested the military symbols of grief, insisting that his brother had not been a soldier, had never served in any army. Edwin Stanton, the Secretary of War insisted. He said that the brother had been a valued friend and counselor of the president. Stanton said that his brother had died on the field of honor in the moment of triumph, had died at the rebels' hands. Had died at the rebels' hands... It was possible. Fire had swept the hill. There had been fire from all sides. Who could know? The rain poured down. On the horizon he saw the flicker of lightning. The street became dirt and grew softer in the rain. Mud coated the iron tires. A spot of brown appeared on the side of the casket. He wiped it away with a pocket handkerchief. Behind him, in the carriage with his parents and wife, his sister-in-law began to weep. His mother's soft, foreign voice was there. The gate of Saint Mary's cemetery stood open on the left. He looked at the dirty handkerchief in his hand, and started to put in a coat pocket. "Give it here, Mister Devereux. I'll take it," Joe White said from his left. The footman's pale brown hand drew the cloth from his fingers. White put the handkerchief in the black top hat which crowned his somber costume. Joseph White looked exceptionally grand today. Devereux's mother had fussed for hours over the smallest details of the funeral, taking refuge in that from the pain of acceptance. He remembered that she and Betsy White, Joe's mother, had brushed Joe's coat several times, fretting over invisible strands of lint. The company of infantry leading the procession reached the gate. The company commander ordered the turn. The troops marched into the cemetery, tramping firmly down the muddy lane between the tombstones. The six horse team drawing the limber and caisson swung left at the same place. Devereux followed. His ankle failed to function in the turn. It seemed not to have any bone in it. His knee entered into the same conspiracy of weakness. Pain flashed in all direction from the old trouble of his ruined leg. Father Willem Kruger caught his elbow, pulling him erect. "Just a little further, Claude!" he whispered. "Just a bit, and then you can rest." White gripped the other arm tightly. Devereux felt within himself for his legs, sought the inner metal that sustained him. Over Kruger's shoulder, across the sodden white of his confessor's surplice, he stared down the line of vehicles. There were many, all filled to capacity with friends, family, and those who wished to be thought friends. Behind the immediate family there were two army carriages. The second held a clutch of blue uniforms. The first was an old black buggy. Abraham Lincoln sat on the seat next to the sergeant driver. The president wore a black rubber army rain cape, the logical outcome of a soldier's concern for the commander-in-chief. Their eyes met across the distance. Lincoln inclined his head gravely..." 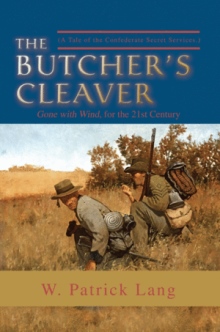 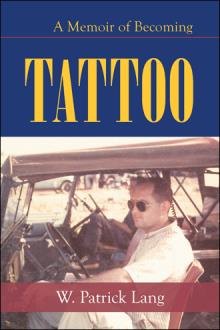 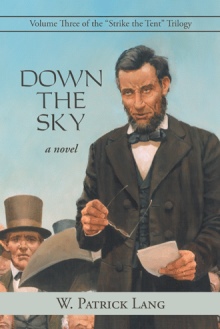 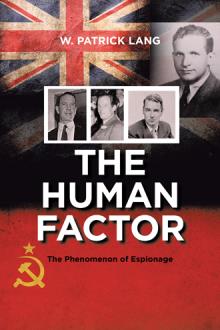 When Claude Devereux’s brother, Patrick, is killed at the Battle of Gettysburg, he’s devastated.

But there is little time for grief. Devereux, a Confederate spy, has worked his way behind enemy lines in the North to become a prominent adviser to Secretary of War Edwin Stanton.

If General Robert Lee and his comrades in the South have any chance of succeeding in beating the Union, Devereux knows that he must keep his cover at all costs. So he steers clear of danger even when he doesn’t want to do so.

One of Devereux’s main tasks is to find out more about General Ulysses Grant, who has come to Washington to assume command of the Union army. The general is about to lead his troops on the Overland Campaign, a series of battles through the heart of Virginia.

Devereux must do all that he can to stop Grant in his tracks and help the South win its independence in Death Piled Hard.

W. Patrick Lang is a retired military intelligence officer and a lifelong student of the American Civil War and the Lincoln assassination. A widely published author and military consultant, he is the author of The Butcher’s Cleaver and Intelligence: The Human Factor. He lives with his wife in Alexandria, Virginia.