A Year in Costa Rica and Beyond 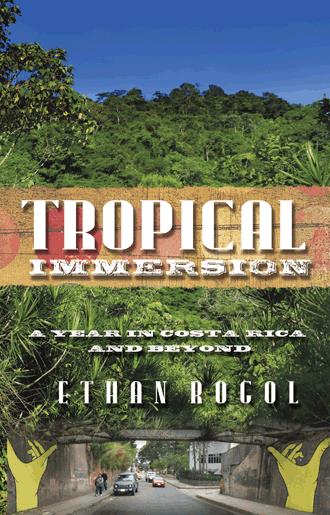 Everyone knows that Costa Rica is a paradise. But how does one find one’s way around when streets have no names and houses have no numbers? When does one shake hands, and when does one kiss one’s friends? "Tropical Immersion" is the wry and very personal story of a year in Costa Rica, the overland journey there and back, and side trips to Nicaragua and Ecuador. It details navigating the rough, narrow, busy Costa Rican sidewalks and learning to see doing so as a sport, eating fruit that smells like bodily fluids and discovering that it tastes delicious, and learning to respect “reckless” Mexican bus drivers—whose driving could be described by the uninitiated as "terrifying"—by deciphering their clever use of turn signals. The book offers a feast for the senses: rich, earthy aromas, warm wind on the skin, the bitter taste of dust in the air, the sound of birds, insects, children laughing, mothers calling their names, and laborers working the land. Its focus is not sightseeing but “culture-diving”; not ogling or conquest, but participation and integration. It is part travelogue, part cultural primer, part memoir, part romance and a treatise on the being present, wherever one is.

Ethan Rogol has lived intermittently in Costa Rica for years, and has immersed himself in the culture. He and his wife, Isabella, bring a bit of sunshine and "sabor" (Costa Rican soul) to Olympia, Washington, where they own and operate Lengua Rica: Spanish Language Instruction, Interpretation, and Translation Services.