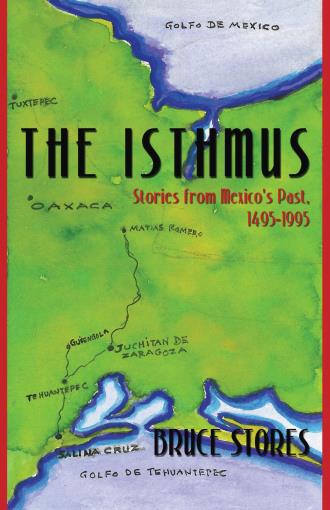 In Zaachila and Tehuantepec, the father and son kings, Cosijoeza and Cosijopi made the painful choice to ally themselves with Cortés and the Spanish throne. Their decision was full of anguish. Though their separate, expensive and very non-productive conflicts with the Mixtecos might come to an end, they’d lose their independence. They held out hope that by accepting Spanish rule over their kingdoms, the outsiders might give them a degree of autonomy. Their towns might also be spared the destructive wrath of the Conquistadors. The two kings sent messengers to Cortés proclaiming their loyalty to the Spanish throne. It wasn’t long after that when Cosijopi heard a commotion from a distance. He ventured a look out of his window. Some of his men were running toward the Palace. “The strangers are coming!” they were yelling. “The strangers are coming!” Cosijopi didn’t get up. Instead, he lowered his face into his open palms with his fingers stretched wide apart. “My gods,” he prayed fervently, “you’re all we have left. You must help us now!” The first emissaries sent by Cortés soon arrived in Tehuantepec. They were sent ahead as scouts to give the Conquistadors a full report on conditions there. Among other things, they would take to Cortés a full account of the state of war between the Mixtecos and the Zapotecs. Cosijopi finally got up. He decided to go outside and greet the strangers. This was Cosijopi’s first view of the Europeans. And what a sight it was! Their arrival on horseback was an awesome experience for the young King and his people. To him, the horses had menacing looking eyes with powerful legs and bodies. They kicked up huge clouds of dust. They came to a screeching halt near Cosijopi’s Royal Palace. Cosijopi remained in awe of these strange, and to him, exotic animals. He likewise seemed fearful of them. Most of all, he found it difficult keeping his eyes off the foreign beasts. Eager to incur the favor of the new power, Cosijopi took advantage of the emissaries’ presence. His request to meet with the strangers was accepted. In their brief encounter, Cosijopi again declared his full loyalty to Hernán Cortés and the Spanish Crown. He also sent Cortés elegant gifts by way of these men. All the while he was hoping that his acceptance of Spanish sovereignty, when the Mixtecos were not making similar overtures, might put him in good graces with the new rulers. Nevertheless, it was an emotionally difficult time for the Binni za. A largely unknown conqueror would be assuming control over their Kingdom. “How much, if any,” Cosijopi wondered, “of our way of life will continue? Will we be allowed to maintain our religion? Will we have to worship the strangers’ gods? Will we be forced into servitude?” Such anxieties permeated Cosijopi’s thoughts as well as that of his soldiers, the nobles and to some degree all the inhabitants in Tehuantepec and beyond. Soon it was time for the emissaries to leave. During their brief encounter, Cosijopi found it difficult not to stare at the faces of these men, their apparel and especially their horses. What an mystifying sight! Most of all, Cosijopi was fascinated by their horses. It astonished him that these phenomenal animals could run so fast, and carry a man on their backs at the same time. The emissaries carried Cosijopi’s messages and gifts back to Hernán Cortés. He gratefully accepted the offerings. Cosijopi hoped his gestures would lay the groundwork for the two sides to live together in harmony. But when Cortés received the presents, he accepted them as signs of total submission. 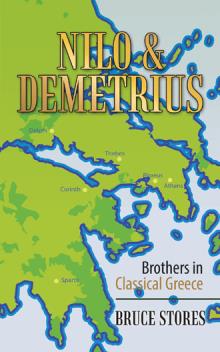 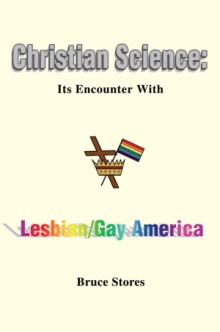 Mexican history is as tortured and crooked (in both senses of the word) as an ox cart trail--unexpected turns around every corner, replete with bumps and declivities. The casual reader of general Mexican history will find it difficult keeping up with the list of Mexico’s principal characters over the centuries, now expanding, then suddenly contracting due to assassinations, exiles, military defeats, and alliances gone awry. Oaxacan writer Bruce Stores solves that problem by employing a simple technique used for millennia by the local indigenous peoples: storytelling. His take on historical fiction paints a human, everyday face on the historian’s cold mask of dates, places, and wars. Structuring his book around key historical events, he asks--and answers--the questions: How did that feel? Who was affected? What happened to the community, the families?

The focus of this book, as its title implies, is the Isthmus of Tehuantepec, the bottom of the “scorpion’s tail” of Mexican geography. At its narrowest point, it’s only approximately 125 miles wide, spanning the Gulf of Mexico to the Pacific, making the Isthmus an early, much-courted, often-spurned alternative to the Panama Canal. The region’s remoteness, heat, and lack of picturesque colonial cities or swank beach resorts have kept tourists far away. And perhaps because of that, and sociological factors as well, the Isthmus has managed to protect its distinct, largely indigenous, culture.

Stores explains that culture to us over a 500-year period through the pre-Conquest period with its intertribal warfare to Cortes’ arrival, the battles for independence from Spain, and the French Intervention. In the modern era, his characters fight political battles from Mexico City’s university protests to struggles with the domination of the long-entrenched Institutional Revolutionary Party (PRI). A common thread for all the stories is the importance of land to the Zapotec people. It defines them.

“’Land ownership in Oaxaca,’ Gomez told the Judge, ‘has different roots. The system of property rights among the pre-Colombian natives was, without a doubt, antagonistic to the Spaniards’ sense of private property. Yet to the indigenous peoples, their communal property holdings were as natural to them as night and day. Because their land was the provider of their food, they considered it to be divine. Yes. Their land was to them a god. And, just as the air and the wind belong to everyone, they couldn’t come to terms with European notions of private property. '"

The Isthmus succeeds in elucidating a little-understood region of Mexico. And its telling of tales brings us closer the fierce human spirit that has withstood—and shaped-- its history.

Bruce Stores’ love for Latin American began in 1963 during his Peace Corps days in Guatemala. Travels to Latin America and retirement in Mexico since 1995 instilled in him a love for indigenous cultures. He makes his home in Oaxaca, Mexico, the state where "The Isthmus" takes place.