Dancing in the Dark

The “Waltz in Wonder” of Quantum Metaphysics 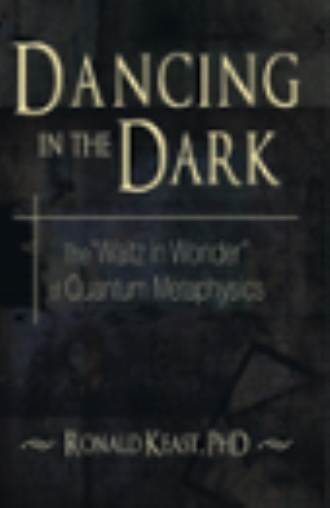 In Dancing in the Dark: The “Waltz in Wonder” of Quantum Metaphysics, Dr. Ronald Keast examines the exciting and spooky scientific theories about the fundamental nature of reality and truth that have been proposed by the revolutionary science of quantum mechanics. These quantum theories, which are at the leading edge of contemporary science, propose that at the most elementary, sub-atomic level–that which underlies and is the foundation of our world, our universe, all that is–reality is radically uncertain. The certainties of science, which, for all practical purposes, replaced those of religion over two hundred years ago in the West, have been undermined and shown to be, at best, inadequate, at worst, erroneous–as have those of common sense.

This has profound metaphysical, philosophical, even theological, not to say scientific, implications. It means that we do not, and probably cannot, know what reality and truth are, that we are all dancing in the dark; dancing with faith of one kind or another.

Written for a general audience, Dancing in the Dark introduces some of these theories, connects them to their metaphysical and philosophical roots in the West, and to their mystical roots in the East, and emphasizes the value of learning about them–the value and the joy of uncertainty.

Dr. Ron Keast earned his B.A., M.A., and in 1974 his Ph.D. from McMaster University in Hamilton, Ontario. Having worked as a television director, producer, and senior executive, Dr. Keast has over forty years’ experience in broadcasting and education. Since 2005, Dr. Keast has written about science, philosophy, and religion.