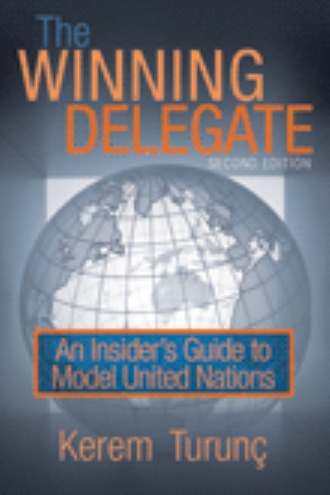 Resolutions are the main instruments used by the United Nations to take action or make policy. A resolution is what the body has to say about the topic at hand, whatever it may be, from admitting a new member to placing sanctions on a country. As such, resolutions come in a variety of forms: recommendations, opinions (usually condemnations or criticisms), treaties, conventions, and executive orders, including everything from budget appropriations to sanctions.

Most resolutions that you will write and debate during the conference will be recommendations. This is due to the very nature of the UN System, because only the Security Council, and in rare instances the General Assembly, has executive decision-making authority. Otherwise, resolutions usually place only a moral pressure on nations. The only exceptions are conventions and treaties, but those are binding only on their signatories. This system has its advantages and disadvantages for you as a Model UN delegate. It is good because it makes it easier to reach compromises and bad because your recommendation can be entirely disregarded by those for whom it is intended.

In real life, multiple resolutions, sometimes almost identical to one another, can be and will be passed by a body. Reflecting this practice, most Model UN conferences allow passing multiple resolutions on a topic. However, some conferences allow only one resolution to be passed on any single topic, with either the chairing staff deciding which resolution will be voted on or resolutions being voted on in the order in which they were submitted. When that is the case, compromise and lobbying become even more important.

Writing a resolution can be enjoyable but also frustrating. No matter how great your ideas are and how wonderful your draft resolution may be, it is practically impossible to get enough support for it in its original unamended form. Every delegate will have his or her own agenda and ideas. They will not like your word choices, find your resolution too soft, too strong, too idealistic, not determined enough—you name it. What usually happens is that working papers and speeches lead to like minds getting together to write a draft resolution. But even this does not mean things will run smoothly. There will be several voices all saying something different and possibly even fights.

If you identify each delegate’s style early on, you can use that to your advantage. For example, there is the type who wants to be the star. He or she will want to be the one typing the resolution, the one coming up with the actual clauses, the one schmoozing to the dais, and the one trying to neutralize strong delegates. He or she will be annoying, manipulative, and a pain to work with. This type of delegate will run to the dais every five minutes, asking questions, telling them how he or she has great ideas about the topic and how his or her resolution is being typed as they speak. But here is the good news: you do not have to work with that delegate. In fact, it will probably be to your advantage not to work with this type of delegate—remember this: every delegation has one vote and they, exceptions notwithstanding, all count the same. By and large, chairs frown upon such delegates.

Then there are also the delegates who are resourceful, speak only as much as necessary, and are ready to compromise. They are the best ones to work with. They are straightforward, always tell you what they think, and when they see the same sincerity in you, they will offer their help and knowledge.

Yet another type is what I like to call the “disinterested delegate,” who hardly ever speaks, may even skip sessions, and when he or she does attend them, looks completely bored in the back row. Ask them what they think about the topic and your ideas. Ask them to give you input and get their support. This type of delegate may be the most willing to sign your draft resolution. Remember, resolutions are usually recommendations and not binding international law. So the higher the support for a resolution, the higher its moral pressure—unanimity is, of course, the best alternative.

Written by a MUNer for MUNers, The Winning Delegate will get novice delegates started and will provide hints and tips for more experienced delegates to improve their skills. The book is divided into six logical and easy-to-use chapters:

Chapter 2 - How to Prepare: How to research, write topic papers, and prepare as a group, as well as a list of resources

Chapter 3 - Rules of Procedure: A full description of all the rules of procedure and their usage

Chapter 5 - The Committee: Debating, delivering speeches, how to use the rules to your advantage, working with other delegates

Chapter 6 - Resolutions: How to write better resolutions, lists of preambulatory and operative clauses, and sample resolutions

Additionally, a glossary of United Nations and Model United Nations-related terms and abbreviations will help you before and during the conference.

A bonus appendix lists all member nations of the UN with admission dates and bloc membership information.

Kerem Turunç is a graduate of Yale University, where he was Secretary-General of the Yale Model United Nations, the largest on-campus Model UN conference for high school students in North America. He also co-founded and headed his high school Model UN team at the American Collegiate Institute in İzmir, Turkey. He currently practices law in London.