The Lost Algonquin Round Table 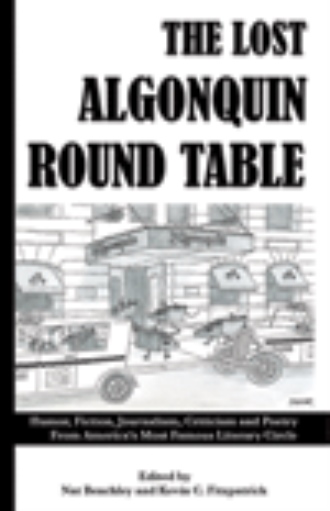 One glorious element of Robert Benchley’s “Melody and Madness” radio program (1938-1940, unfortunately, largely lost to history) was his off-the-cuff “explanation” of whatever struck his fancy when the director said, “You’re on.” For as much as he could neither sing (except in bad Welsh) nor play a musical instrument more complex than the mandolin, various aspects of music always seemed on the tip of his tongue. In combing the ash heaps of history, we have unearthed and resurrected “Swing Music” and “Crooning,” which both combine the melody and the madness.

This evening I want to give you a little talk on swing music, its origin, development and probable future, and then we might go into a short history of Italian art of the 17th Century, and possibly scramble some eggs.

I feel particularly fitted to speak on swing music, because I can’t carry a tune, either.

Swing was invented by a man who went to play at a party and forgot to bring his music along: Johann Gotfried Immergluck Gesundheit was born in Japan in 1789. He was a backward child but very friendly and was taken out of school at the age of 5. This brings us up to 1794. It was long about this period of Gesundheit’s life that he took up the Second Mandolin.

Now this task was made even more difficult by the fact that, instead of the usual mandolin pick made of celluloid, he used the thumb of an old mitten which he had cut off and held between the first and second fingers. This procedure really got him nowhere musically, but it kept him out of mischief.

We now come to the third period of Gesundheit’s boyhood, when he came under the influence of James Watt, the inventor of the steam engine. It was a very important period in the life of the young composer, as it gave him his first feeling for dissonance and cured him of an inferiority complex which had, at one time, threatened to make him cross-eyed. He also at this period learned to tie a four-in-hand.

Students of Gesundheit have sometimes wondered at the strange, nostalgic quality in his music which comes from having the A strings tuned so that they sound like B-flat. This move can be traced directly to the fact that he fell in love shortly after learning to tie a four-in-hand and became morose and gloomy, refusing to eat or to play any other note but B-flat. This brought a certain sameness to his music and caused the police to interfere.

Between October and 1845, he managed to find time to plant and harvest several thousand radishes. Through, now, with the formative stages of his career, Gesundheit drifted into shoplifting, but he never quite forgot his first love, music, and occasionally took some tune that he had heard in life and, by way of subtle compliment, signed his own name to it. This really didn’t make much difference to the original composer, however, as by the time Gesundheit had got through with his arranging it, there was nothing left of the original music.

In our next lecture we will take up the development of swing music from this point, including Gesundheit’s better-known compositions, “Hurricane in F-major” for fire tongs and woodwinds; “A Day at the Dentist,” arranged for D-strings only; and a complete opera score entitled “My Impressions of Parsifal.” In this latter work, where Wagner used the strings, Gesundheit substituted the symphony and vice versa. (He also changed several of the melodies). We will then go on to trace swing’s future (heaven forbid). I thank you.

Ladies and gentlemen, the subject of my discourse tonight is crooning.

The Adam’s apple, of course, is the most important part of a crooner’s throat, as it is the part on which the bow tie rests. Now, the ordinary singer sings with his mouth open, thusly: [loud-ish] Yaaah. You notice how unpleasant that is? But the crooner, the crooner sings thusly: [softly] Waaah. Which is just as unpleasant but harder to hear.

Now, another important part of the crooner is the juke box. It is estimated, and I quote, “that in the twelve month period from 1939 to 1944, Americans, or people of American descent, put into juke boxes a total of 19,742,000 nickels and five cents.” And I unquote.

Another phenomenon in connection with crooning is the growth of what is known as the bobby sock [embarrassedly] (that’s no relation). In line with this, the noted psychologist at the Psychology Institute, Psychology, Pennsylvania, the head of the Outpatient Department, Dr. Erich Hoffenstummer, said, quote, “It could happen to you.” Unquote.

Dr. Hoffenstummer, incidentally, has just left the institute and is now singing at the Orpheum under the name of “Perry” Hoffenstummer. Velvet rhythm, you know.

The two leading crooners of the day are Mr. Frank Sinatra and Mr. Bing Crosby. Mr. Sinatra has a huge following, which is highly enthusiastic about his singing, causing them to emit such cries as [loudly and brashly] “Oh, Frankie!”

Now, I have here a chart which I have just run off on my automatic pencil. Here is a red line which begins at the figure 100,000 and ends in July. From July to 200,000, we have a blue line, which is joined at Point X here by another blue line, whereupon both blue lines curve back into the red line, and here we say “Bye Bye Blues.”

Now, there are various other lines here scooting up and down across the page, but these lines mean nothing. They’re left over from an old chart of mine on birth rates in maternity wards. 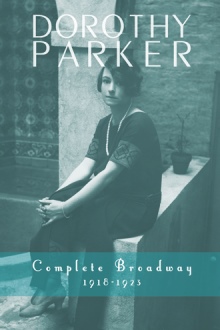 “The Algonquin was a refuge for the brightest authors, editors, critics, columnists, artists, financiers, composers, directors, producers and actors of the times. The dining-room corner was a hot bed of raconteurs and conversationalists.”
—Harpo Marx

In Jazz Age New York City, no literary lights burned more brightly than those of the legendary Algonquin Round Table. Now between covers for the first time is a collection of writing by 16 members of the group, an all-star gathering that took 90 years to come together. Many of these pieces have never been published before; plucked from private family collections and “lost” pieces from obscure periodicals.

With a foreword by Nat Benchley.

NATHANIEL R. (Nat) BENCHLEY grew up in New York City under the aura of his recently-departed grandfather. His father, Nathaniel G. Benchley, was making a name for himself as a freelance writer. After college, Nat received a commission in the U.S. Navy and used his language skills to secure a billet with the Naval Security Group. For better or worse, this led to duty in Southeast Asia during the dust-up from 1969-1972. He returned to The World and worked as a producer/writer for a national drug abuse prevention campaign for a year. He followed this with four years at the Washington, D.C., public television station writing and producing program promotions and development. Since 1978, he has been a freelance actor and writer in New York, Los Angeles and Washington, DC. He has recorded two audio CDs of readings of his grandfather’s short stories, aptly titled “Benchley on Benchley, Volumes 1 and 2.” He works closely with the Howard Gotlieb Archives at the Mugar Memorial Library of Boston University to keep track of most Benchleyana. He lives in New York with his wife, Kathleen Peacock Benchley.

KEVIN C. FITZPATRICK was born in Baltimore in 1966 and raised in Bethlehem, Pennsylvania; Summit, New Jersey; Raleigh, North Carolina; and Webster Groves, Missouri. From 1984-1989 he served in the U.S. Marine Corps Reserve as a journalist-photographer, reaching the rank of lance corporal. He earned a B.A. from Northeast Missouri State University. In 1991 he moved to New York City. Fitzpatrick has worked for newspapers, magazines, TV networks, Web sites, ad agencies and publishing houses as a writer, editor and project manager. In 1998 Fitzpatrick launched dorothyparker.com and founded the Dorothy Parker Society. Today, the Society has more than 3,000 members worldwide. In 2005 Roaring Forties Press of Berkeley, California, published his first book, the literary travel guide A Journey into Dorothy Parker’s New York. It will be followed by The Algonquin Round Table’s New York in 2010. Fitzpatrick produces algonquinroundtable.org and leads literary walking tours of Manhattan. He and his wife, Christina Hensler Fitzpatrick, live on the Upper West Side and Shelter Island, New York.