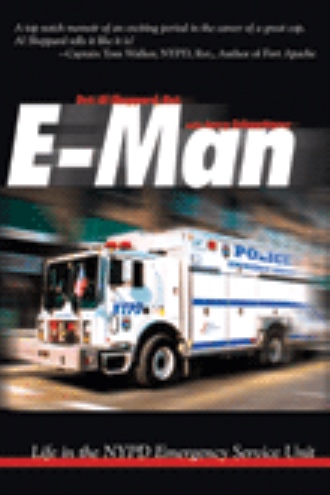 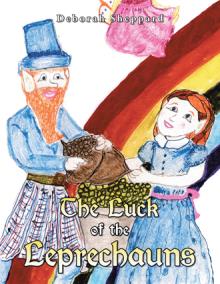 The Luck of the Leprechauns
Deborah Sheppard
$20.99

“Al Sheppard was on the front lines of the most difficult job in police work. E-Men risk their lives every day in many different ways. They are great cops, and Al’s memoir is right on the mark.”
—Detective Sgt. Joseph Coffey, NYPD, Ret., Author of The Coffey Files

“Sheppard served in the NYPD during the ‘urban warfare’ years and received his ‘Baptism of Fire’ at the ‘Williamsburg Siege.’ He was a decorated hero of the NYPD and member of the elite Emergency Service Unit (ESU). In his book E-Man, Al takes the reader on a non-stop roller coaster ride of emotions as he reveals life on the streets through the eyes of a combatant during the turbulent times and the work of the Emergency Service Unit—the same unit that the police call when they need help.”
—Detective Lt. Vern Gelbreth, NYPD, Homicide Commander

“Al Sheppard is the REAL DEAL, and E-Man chronicles his years in the NYPD’s Emergency Service Unit with heart-pounding excitement. Sheppard was on the front lines during the era of Vietnam, Black Power, and the Urban Drug Wars, and he survived it all to tell the tale in a book rich with insider’s detail and a wry sense of humor. E-Man is the best New York cop book to come down the pike since The French Connection.”
—T.J. English, Author of Paddy Whacked and The Westies

E-Man is the breathtaking and sometimes heartbreaking memoir of one of New York’s legendary emergency service cops. For 10 years Al Sheppard sped through the crowded New York streets to come to the aid of civilians and other police officers, always putting their needs ahead of his. E-Man is a story of adventure, courage and love.