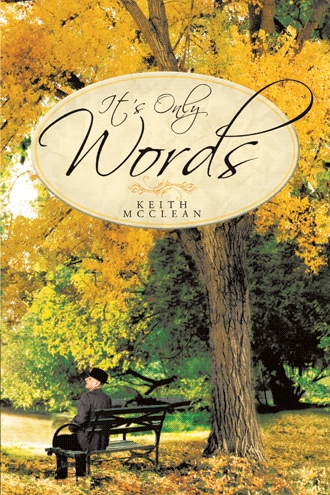 Literature is the world for sixty-year-old Robert Montgomery. A high school English teacher for more than thirty years, this Brooklyn reader and book lover believes his life has had meaning. But it hasn’t been without struggle—especially with the women in his life. Robert Montgomery grew up in post-war England with a promiscuous mother who struggled to conform to the buttoned-up society in which she lived. Kathleen, the woman he marries when he moves to America, suffers severe bouts of depression and dies before her time. Robert’s younger sister, Elizabeth, follows him to America to put order back in his life, but later feels her position is threatened. His daughter, Emily, loses herself in her career, only to discover that the diversion is not enough and that she must face what plagues her. In order to make sense of his own life, Robert begins to write, blurring the lines between fiction and nonfiction. Delving into the realms of depression and mental illness, It’s Only Words explores the fears of an uncertain future and the effects of one life on that of another.

Keith McClean grew up in Brooklyn, New York, and was educated at Pace University in New York City. He has traveled across five continents. Mclean lives with his wife and three children in New Jersey.