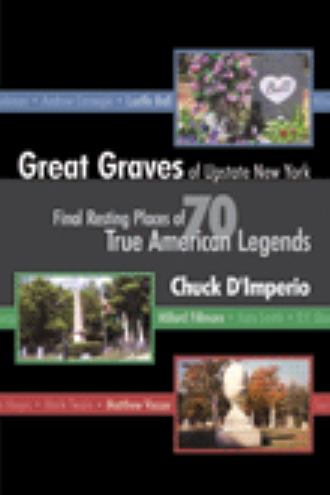 The hundreds of rural cemeteries in Upstate New York are the bucolic final resting places of a plethora of legendary Americans from the recent and distant past. For over a decade, Chuck D’Imperio traveled to research the beautiful and historic region in search of some of the most famous (and infamous) figures in American history.

The product of this labor of love is Great Graves of Upstate New York: Final Resting Places of 70 True American Legends.

From Syracuse to West Point to Binghamton, and on to Cooperstown, Niagara Falls, and Lake Placid, Great Graves of Upstate New York is not only a fact-filled volume on the region’s cemeteries, museums, and historical sites, but a peek into the lives of 70 distinguished individuals who have shaped American history.