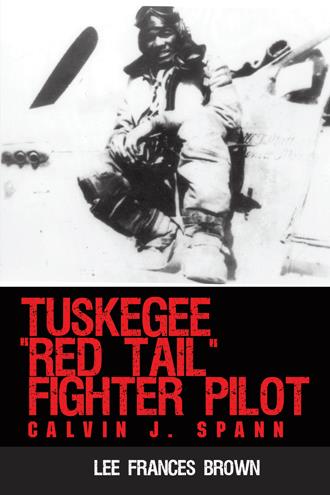 What should have been one of my most memorable experiences was when I was on a mission with Roscoe Brown. He shot down a jet with a gasoline driven airplane.. But it happened so quickly that you didn't really know what happened until you got back to base. By then, to hear Roscoe tell it, he only was able to outmaneuver the jet. You see, the faster an airplane flies, the less moveable it is. This is particularly true in turns. If a jet's very fast, it makes a wider turn that a slower plane - and that's what Roscoe said happened. The jet took a shot at the formation and being in a P-51, a slower plane, he was able to turn inside of it and the jet turned in a bigger circle so he was able to turn inside of it and then he finally got the moment when he got the jet in his sites. Today, Roscoe will say how he got it in his sites and then pulled the trigger and the jet blew up. Now this question comes up all the time when we're talking to kids. Kids especially want to know if you killed anybody. One youngster, about ten or eleven, once asked me "Did you ever kill anybody?" Well, my answer to him was that I was just trying to keep from getting killed! I had to think of that real fast. But Roscoe recounts that the plane blew up and that he did see a parachute open and gives the impression that he didn't kill the pilot, but the pilot survived. That's Roscoe's opinion - and you have to take his word for it. (The actual kill is recorded. Not the actual kill of the person. The "kill" I'm referring to is the shooting down of the planes. When you pull the trigger on your gun, a camera goes off and that's how they know that you shot a plane down and that's how kills are verified. Your camera, and your tracers, and - that 's another thing - when you shoot your guns, every so often a tracer comes out that 's burning and it helps you direct your aim.) I always credit this country with supplying the service men with enough of everything. By the time I got overseas, we used to put up 70 planes on a mission escort. They would have many, many bombers on a mission and about 70 planes escorting them. We would have to weave over the bombers because the bombers were flying at a much slower speed then we did. So in order to stay with them we'd do big "S" formations ,so our route would be much longer in order to stay with the B-17s or B-24s to cover them. That's how we kept track of the bombers.

Dr. Calvin J. Spann shares memories of his full, exciting life, including stories of his service in World War II. Due to the rigid pattern of racial segregation prevailing in the United States at that time, 966 black military aviators were trained at an isolated training complex near Tuskegee, Alabama. Training at this facility became known as the Tuskegee Experiment.

Many black fighter pilots trained in Tuskegee fought in the aerial war over North Africa, Sicily, and Europe during World War II. Many people at the time believed that blacks were not capable of operating sophisticated airplane machinery—until these black airmen came home with the Red Star of Yugoslavia, Legions of Merit, and 150 Distinguished Flying Crosses. They were called Schwarze Vogelmenschen (black birdmen) by the Germans and Black Red Tail Angels by the white American bomber crews because of the identifying red paint on their tail assemblies and their reputation for successfully providing fighter escort to bombing missions over strategic targets in Europe.

Dr. Calvin J. Spann received his aviator training in the Tuskegee Experiment, serving his country from 1943 to 1946, and helped pave the way for desegregation of the United States armed forces.

Author of Rutherford Then and Now, Lee Frances Brown has served for many years on the Bergen County Historic Advisory Board, as trustee of the Bergen County Historic Society and as a Charter Member of the Rutherford Historic Preservation Commission. Brown has received certification in Historic Preservation from Drew University and is a Summa Cum Laude graduate of Fairleigh Dickinson University. She holds membership in Phi Alph Theta International Honor Society in History and Psi Chi Honor Society for Psychology. She is listed on the Who's Who Registry for Colleges and Universities as well as Who's Who in Executives and Professionals having held the position of Executive Administrative Assistant to the New York Yankees. Brown is from Rutherford, New Jersey where she has been actively involved in her town and has spent many hours "giving back" to her community through her scholarship "Rutherford Then and Now" and as Co-Founder of the Friends of the William Carlos Williams Center. She has also served in the Women's College Club raising scholarships funds for students of Rutherford.