An Infinity of Interpretations 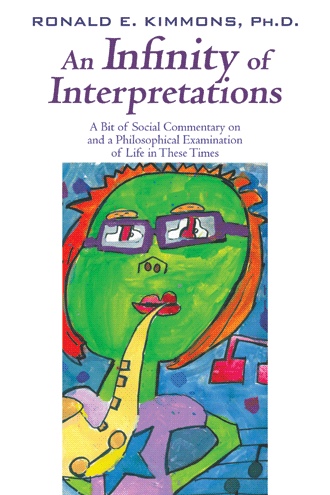 Part of the central thesis of this book is that life has no meaning beyond what we assign to it. As I started to write this book, I realized (based upon that idea) that I could open myself up to a storm of criticism from a variety of sources for a variety of reasons. After all, how could such a simple thesis address the richness, beauty, vagaries, and subtleties of life? My reply is, it doesn’t. It also does not address the superficiality, the ugliness, the orderliness, and the obviousness of life. The thesis addresses none of these aspects of life directly. Indirectly, however, what it does do is to tell us that any position we take on a variety of subjects ought to be a tentative position. It tells us that there are few if any absolutes in this world. It tells us that we must find reasons for our actions other than the notion of absolute “truth” or “right” or some similar justification for our actions. It tells us that one life or life form is no more important than another life or life form. It tells us that one individual or group or culture or religion is no more important than another individual or group or culture or religion. Above all, this simple thesis tells us that we should proceed carefully in this life lest we offend life itself.... I also want to suggest that all living things and perhaps non-living things (as we commonly define both) have part of that same life force; that part of the life force I have labeled as the Finite. However, only man (as far as we know) has both the Finite and Infinite principles operating in him. Indeed, from my point of view that is the only thing separating him from all else. What that means to me is that the Infinite principle in man is really just man’s capacity to be conscious of his own existence. And, again, as far as we know, that awareness of self begins the moment man leaves the womb. Of course, the longer man is in the world (both individually and collectively), the greater that consciousness becomes. The correlate of being conscious of one’s existence is to be aware of one’s nonexistence—at some point in time (whichever way and however many ways you want to interpret that). So much of what we do in life centers on our efforts to discern or grasp the significance of man’s (our) consciousness or existence (Infinite principle) and to come to grips with the fact of our “nonconsciousness” or nonexistence (Finite principle). But the focus for both the Finite and Infinite is to perpetuate life itself—not necessarily toward some grand teleological end, but solely for the sake of sustaining life itself. It is only man who tries to attach more significance than there may be to this on-going process of sustaining or perpetuating life. 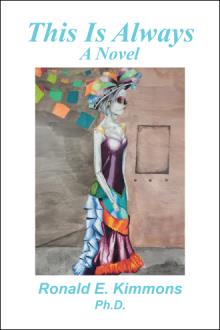 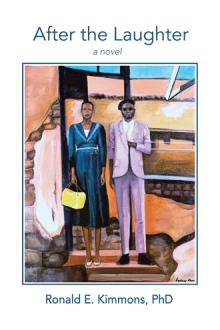 In An Infinity of Interpretations, Dr. Kimmons explores a simple thesis: “Life has no meaning except what we assign to it.” Dr. Kimmons’ simple thesis helps us begin to understand why there is such a variety of interpretations of just about everything encountered in modern times, including ideas and behavioral phenomena from politics, science, social science, entertainment, and religion. Dr.Kimmons proposes that most of what we want to accomplish in this lifetime is driven not by a quest for money, power, sex, glory, religion, or objective knowledge. Rather, what we want to accomplish in this lifetime is driven by our desire to understand, justify, and perpetuate our life. While including bits and pieces of his own life story (along with social commentary about a variety of matters taking place in these times), in this book Dr. Kimmons addresses the origins of his thesis and uses Freud and White as part of a theoretical framework for his thesis. The core of Dr. Kimmons’ book, however, is his attempt to illustrate how individuals may actualize themselves through completely different processes but all with the same ultimate goal or end in mind: To understand, justify, and perpetuate one’s life. Is it true that there are few, if any, absolutes in this world? Dr. Kimmons seems to believe that, and through his examination of a simple thesis encourages us to proceed carefully in this life lest we offend life itself.

Born in Chicago, Ronald E. Kimmons is a retired educator who spent almost four decades in the field of education. He received his Doctor of Philosophy degree in 2002 from the University of Chicago and now lives in Chicago with his wife, Beverly, and his youngest daughter, Cydney.