Voyage to the First of December 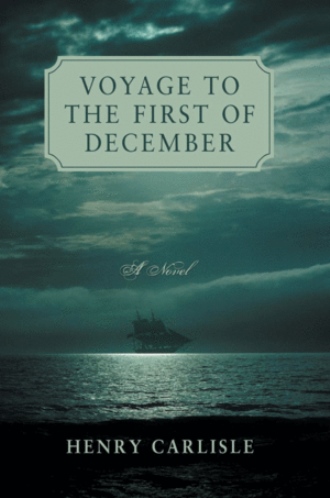 "Henry Carlisle has done a superb job. Voyage to the First of December has true distinction A story that has long lain buried in the annals of the American Navy is the record of the only alleged mutiny-an abortive one at that-in our country's naval history the story is told with close adherence to the records, but using the novelist's license to probe into the psychology of the actors in this drama, and to fill in the tantalizing spaces between the spare lines of fact."-The Wall Street Journal

Drawn from the facts of a notorious episode in U.S. naval history, the Somers Mutiny Affair of 1842, Carlisle has crafted a stunning novel in the tradition of great stories of the sea. The story of the conflict between eighteen-year-old Midshipman Philip Spencer, son of President Tyler's Secretary of War, and the man of necessities, Alexander Slidell Mackenzie, commander of the Somers, provides an existential excursion to the center of a tragedy in our past which brilliantly illuminates the present.

On the first of December in 1842, Philip Spencer was hanged at sea along with two sailors, the three having been charged with leading a conspiracy to capture their ship, the brig of war Somers. Voyage to the First of December re-creates this controversial incident through the journal of the ship's surgeon. Was there a real mutiny which nothing less than execution could check-or had the officers acted in panic, the commander for perhaps darker reasons? What happened at sea that the court-martial chose to overlook?

Voyage to the First of December effortlessly unites the taste of the sea with the relentless drama of men sitting in judgment of one another; a conflict between authority and rebellion, and ultimately one man's quest for meaning.

A descendant of naval officers and Nantucket whale-ship owners, Henry Coffin Carlisle was born in San Francisco in 1926. A graduate of Stanford University, he began his publishing career as an editor at Alfred A. Knopf, became a novelist and translator (with his wife, Olga Andreyev Carlisle) and was president of the American Center of PEN. He lives in San Francisco.