Passing Through the Clubhouse 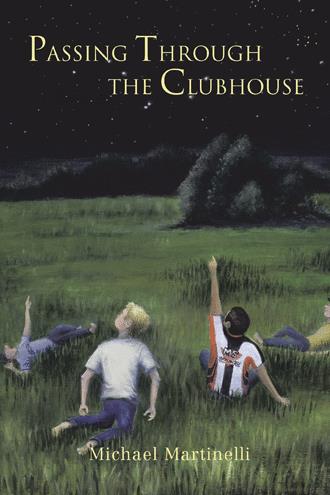 From the weirdly funny to the deathly serious, author Michael Martinelli shares stories from his childhood in the intriguing memoir Passing Through the Clubhouse.

-At the young age of eight, Martinelli is faced with the question of why his baby sister can't walk naked wherever she wants without the threat of adults telling her what to do. He also wonders what it would be like to eat peanut butter, banana, and raspberry fluff sandwiches all the time.

-Days before the start of another year of school when he'll be a fourth grader, Martinelli reconnects with a long-lost relative after the death of his aunt.

-Within the throes of puberty and the summer just beginning, he begins tackling the trials and tribulations of the slow but urgent need for freedom with his best friend.

-Just when he thinks his group of friends is secure, the end of middle school is in sight, and the doors of high school are about to open, Martinelli takes a ride on his dirt bike that practically costs him his life.

Each story in Passing Through the Clubhouse provides a vivid sketch of what the world looks like through one boy's eyes from the ages of six to fourteen.