Saints and Gentle Souls
From the World of Sports 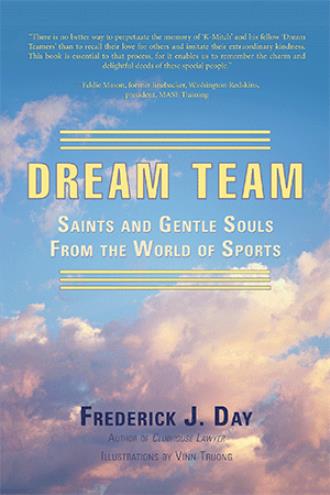 Former Marquette University basketball coach Al McGuire retired from coaching in 1977, just months after leading Marquette to the NCAA championship. When announcing his departure, McGuire explained, "There's more to life than coaching guys in short pants." Baseball great Roberto Clemente was even more to the point: "Anytime you have an opportunity to make a difference in this world and you don't, then you are wasting your time on Earth."

With a voice that exudes his love of sportsmanship and his faith in God's plan, attorney Frederick J. Day presents the fascinating and uplifting true stories of athletes, coaches, and sportswriters who, like McGuire and Clemente, recognized that life matters well beyond what takes place on a court or field. Showcasing the goodwill of dozens of sports heroes from the last century, Day proves that athletes can serve as powerful inspiration for positive contributions to society.

Dream Team pays tribute to athletic pillars who understood, as did tennis player Arthur Ashe, that "the purest joy in life comes with trying to help others."

Frederick J. Day is an attorney in Falls Church, Virginia. He is the author of Clubhouse Lawyer: Law in the World of Sports and other books on sports and the law.