The Case of the Empty Tomb 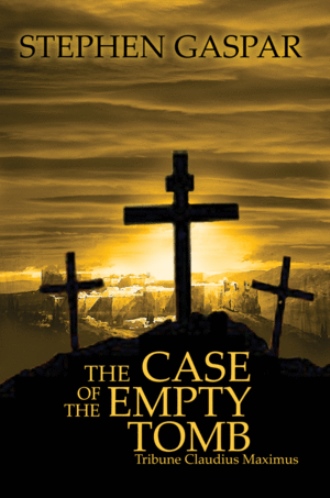 All Tribune Claudius Maximus wanted to do was to return to Rome, but he has been banished by the Emperor himself. Then comes an opportunity for Maximus to redeem himself in the eyes of Rome.

It began as a routine investigation, but turned into the greatest mystery in the annals of mankind.

In The Case of the Empty Tomb, Maximus encounters political intrigue and Jewish mysticism as he attempts to uncover the truth behind the missing messiah.

What is the secret Pontius Pilate and Harod Antipas share?

Who is Mary Magdalene, and where are the disciples of Jesus of Nazareth?

What did the guards at the tomb witness that they are willing to kill Maximus?

To Claudius Maximus one thing is clear, "They know something-all of them do and I am going to find out what it is."

But it may prove more dangerous than he realizes, for as his superior warns him, "You cannot go up against these people, Maximus. They are too powerful."

Will Maximus fulfill his duty and win the Emperor's favour so he might return to Rome, or will the entire matter prove his undoing?

Stephen Gaspar is a student of history and a lover of detective stories. His first book, The Canadian Adventures of Sherlock Holmes was his first attempt at historical mysteries. He is a high school teacher in Windsor, Ontario where he lives with his wife Susan and teenage twin sons, Ryan and Tommy.