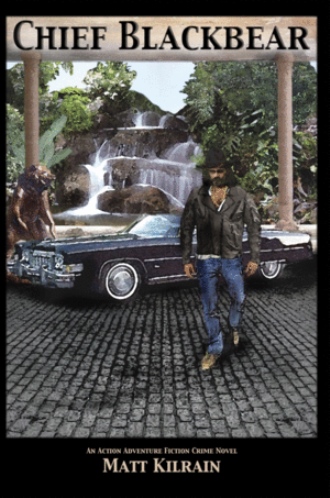 At the age of twelve, Joe Blackbear, the son of a mixed white Sioux American, witnesses his father's murder at the hands of the Mafia. At the age of seventeen they kill his grandfather and Joe swears vengeance-a decision that sets his life on a violent course of crime.

After a deadly shootout with the Mafia in Chicago, Joe flees to Cuba where he falls in love with a CIA operative and they have a baby boy named Little Bear. Fatherhood calms the Chief's vengeful spirit until his wife is killed and his son taken away.

Fifteen years later he narrowly escapes an assassination attempt in Chicago and is convicted in Atlanta for conspiring to transport illegal narcotics. When it comes time to turn himself in, he jumps bail and goes to Costa Rica with his teenage son. There Little Bear is kidnapped along with the daughter of the Costa Rican president. The Chief rescues them both and settles the score with the man who killed his wife, but is asked to leave the country.

Out of money with nowhere to go, Joe smuggles a load into the States where he comes to find out the daughter of his archenemy, Atlanta's chief of police, has recently given birth to Little Bear's son and has become part of a prostitution ring. Will Chief Blackbear go back to Atlanta knowing he faces death or a life in prison if he is caught?

Growing up on the wrong side of the law and being on the run, gave Matt Kilrain plenty to write. Inspired to write Chief Blackbear by his father's life and the way he was raised, Kilrain moved to peaceful Santa Barbara, where he was able to lay low long enough to write this novel.