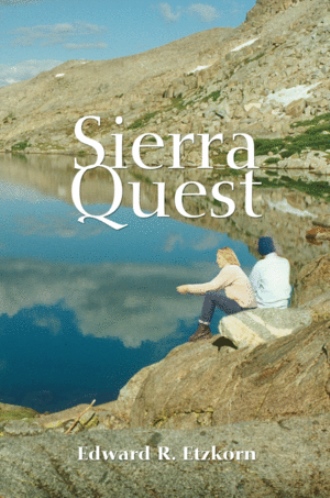 "An engaging tale, spun from the author's wilderness experience and his imaginative treatment of a male-female relationship-in-the-making."-Jerry Schad, author of the Afoot and Afield series

September 29, 1991-Roy Ogilvie walks out of a Fresno bank to his waiting getaway car with nearly $1 million. By the end of the day, his stolen airplane has crashed into the side of a mountain in the remote Sierra Nevada Mountains. Searchers find the wreckage, but not Roy, or any trace of the stolen money.

September 28, 2003-Nathan Rubideau knows where the searchers went wrong. With his present life in shambles, he sees the million-dollar treasure as his ticket to a new life. Only his inexperience in the wilderness has the potential to spoil his plan.

As he gazed, satisfied, out the cockpit window, he pulled back on the control lever. The forest petered out and the land began to lump itself into weird shapes of granite. Ahead rose even higher peaks, that would force him to climb even higher. Once over the Sierra crest, he'd be home free. He could glide down into any desert town he wished.

He was just zipping the bag shut and marveling at its weight when the plane's nose took an almost-imperceptible dip, and the engine made a spluttering sound. A man not accustomed to small planes might not have noticed, but nothing about a plane escaped Roy's attention.

With a stab of fear, he glanced at the fuel gauge.

Its pointer had settled on "E".

Edward R. Etzkorn is a physician in Southern California, where he lives with his wife and three sons. A New York native, he is also an avid hiker and backpacker.