The Mechanism Demands a Mysticism

An Exploration of Spirit, Matter and Physics 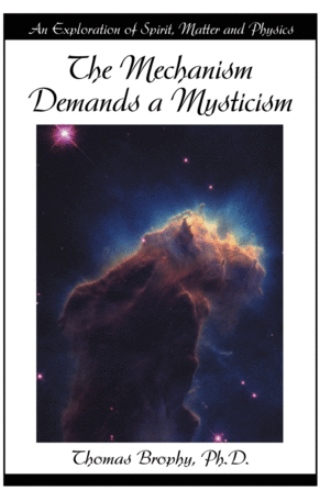 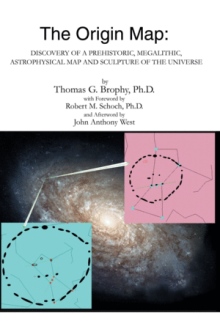 "Brilliant important strongly recommended reads at times like a 'Tom Robbins of physics'."

- Jacquelyn Small, author of Awakening in Time, and Becoming a Practical Mystic

"With this book, Thomas Brophy establishes his credentials as a paradigmatist, that rarest of thinkers, whose models of reality not only enhance human understanding of their world, but give form to new historical movements. By integrating several cutting edge paradigms, and by highlighting the role of spirit in the universe, The Mechanism Demands a Mysticism is sure to inform, instruct, entertain, and even inspire its readers."

"Integrating the words of many holy people with scientific theories and a study of phenomena, Brophy indicates the limitations of scientific and religious dogmas this kind of integration will become more and more necessary in the next century."

"Well, 'just a few pages' has turned into reading the whole thing. Eminently readable and highly entertaining or infotaining. A good book! Never thought of juxtaposing Newton and Basho myself."

-Yasuhiko Kimura, CEO of the University of Science & Philosophy and Director of the Twilight Club/Center for Evolutionary Ethics, former Zen priest.

"Your ideas are profound. The Mechanism Demands a Mysticism deserves a broader exposure."

"You are opening the eyes of scientists all over. Bravo!"

Thomas Brophy was a staff research scientist at the Laboratory for Atmospheric and Space Physics, Boulder, with the NASA Voyager project. He has a Ph.D. from the University of Colorado, was an NSF exchange scientist with the University of Tokyo, has practiced physical and mental yogas, and was Dean of the California Institute for Human Science graduate school?dedicated to integrating the spiritual and scientific worldviews. He has published peer reviewed scientific articles in premier journals including Science, Icarus, IEEE Journal, and his work was featured in Nature.