A Soldier's Journey to Iraq and Back 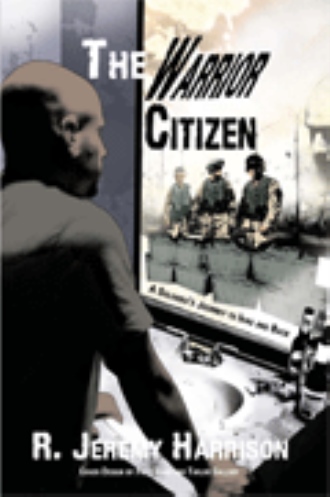 Jason Henson is just sixteen years old when he witnesses the homecoming parade of soldiers returning from duty in the Middle East. From this moment, he knows he wants to join the military, serve his country, and experience a homecoming just like that of Harrisville, Pennsylvania's, 132nd Transportation Company. But Jason, whose father Ray works as the town's family physician, has the aptitude and drive to become a doctor.

He's able to combine his two dreams by joining his local unit as an army reservist and by attending Penn State to become a doctor. Life is good for Jason, who becomes a physician and marries his sweetheart Shannon Miller. When his unit is called to duty in Iraq, he doesn't realize the profound impact this war will have on him.

Inspired by true life experiences, The Warrior Citizen follows Jason's journey from the moment he dreams of joining the army through basic training, advanced training, his twelve months of service in Iraq, and his return to Pennsylvania. Jason receives the homecoming he imagined as a teenager, but the cost may not be worth the celebration.