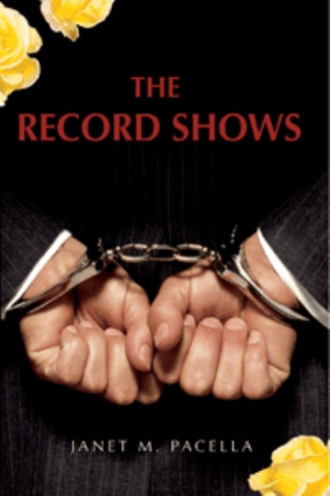 Romance, crime, medical drama, absorbing fiction...contained in this one, slim, fascinating novel. "The Record Shows" will give you a behind-the scenes look at the federal court system, defense attorneys' preparation, prison systems and their doctors. You will feel the moral and emotional ride of characters you would not have believed you could identify with. When you read the last page, you will question your own concepts of good and evil. Janet Pacella tells this tale with gut wrenching honesty...a must read.

An absorbing novel, The Record Shows tells the story of a woman in love with a man with ties to the world of organized crime. Author Janet Pacella weaves a fascinating tale of emotional and moral conflict.

When Mary Connally reexamines her life after her mother's stroke, she doesn't like what she sees-and she realizes she wants more out of life before it's too late. Leaving her husband of twenty years, she moves to Manhattan where she meets Salvatore Paresi (aka Sallie Dome or Sal), an old-school gangster whose lust for life proves irresistible to Mary.

After months of ambivalence, she ignores the niggling voice of better judgment and attempts to bridge the gap created by their difference in age, culture, and principles in the naive hope that they can escape his past. Having worked in a law firm for thirty years, Mary is familiar with the judicial system. She knows that a defense attorney will look for any snag in a case that could possibly help his client. Likewise, the prosecutor will look for and use whatever he can to obtain a conviction.

When Sal is arrested, however, Mary sinks into a legal and emotional quagmire, and she realizes for the first time just how blind justice can be. Never has the line between good and evil, complicity and compliance, and life and death, been drawn so thin.

Janet Pacella worked as a legal assistant for thirty years. Now retired, she and her husband divide their time between homes in New York and Florida. Her column "For What It's Worth" can be read in the Naples Daily News.