A JOURNEY THROUGH MYSELF 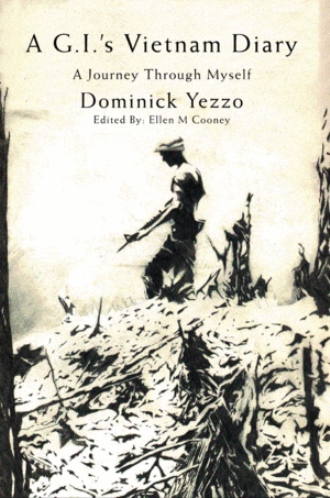 A GI's Vietnam Diary was first published in 1974, featured in the New York Times, and remains timelessly insightful and riveting.

"In 1968 I embarked upon a long journey through myself." I learned that it is each mans war as he sees it through his own eyes and as he thinks it to be through his own mind. So notes the author in this moving day-to-day account of a young soldier's experiences in Vietnam. Mr. Yezzo writes of combat ordeals, friendships, death, loneliness, sex, dope, love, fear, God and religion, all the thoughts and emotions of a young man battling doubts and insecurities and fighting a war. This diary not only depicts a young soldier's trial under fire, but also reveals a poignant period of self-examination sharpened by the confrontations of moral dilemmas brought on in a war.

A boy who only knew of life as ordered by the warmth and strength of family and God, encounters the imminence of death and the pain it would cause his loved ones. He comes to deeper convictions of integrity, morality, passion and devotion, which he vows to live by once saved from the disturbing experiences in battle.