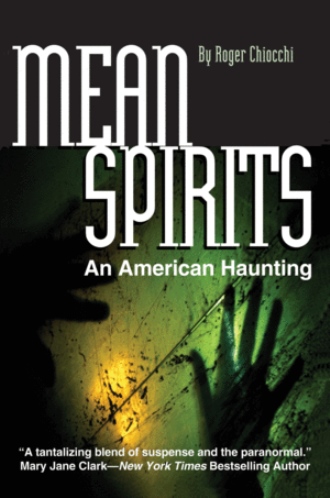 The year is 1620. As the Mayflower tacks about to avoid the dangerous shoals of Pollock Rip off the Cape Cod coast, a young girl mysteriously jumps to her death.

Almost four centuries later the psychic imprints of that incident-and a string of related incidents-begin to wreak havoc in the lives of two prominent Americans.

A corporate executive sailing in Nantucket Sound is unexpectedly barraged by a violent storm at sea-which no other vessel even detects on radar. A highly respected college professor swears he can see the outline of two large figures hovering over the foot of his bed, one brandishing a knife.

Both men have two things in common: They are scions of the privileged Pennfield clan-one of America's great families, claiming an unbroken line back to the Mayflower. And, unbeknownst to them, their strange bouts with the paranormal have just begun.

The Pennfields soon realize these encounters are not isolated occurrences, but an orchestration of paranormal events haunting the entire family. Concerned, they enlist the aid of retired construction contractor turned ghost hunter, Ed Swann. In his methodical manner, Swann uncovers a mystery that unravels the dark underside of the Pennfields' cherished lineage-leading them all the way back to the incident on the Mayflower.

One eerie night in the mid-1980s, Roger Chiocchi awakened with a strange feeling of paralysis. Out of the corner of his eye, he thought he saw a figure of a person moving across the room. The incident rekindled his fascination with ghost stories and ultimately led to his writing Mean Spirits.