A Novel of Wartime Tuscany 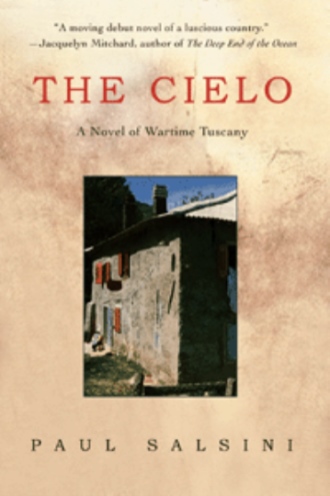 "Salsini spins a tale of both cruelty and courage and affirms, yet again, the ability of humans to endure."-Milwaukee Journal Sentinel

"Salsini's beautiful novel of Italy during World War II, peopled with a wide range of characters, deepens our knowledge of both Tuscan hill towns and the terrible effects of war on civilians."-Martha Bergland, author of A Farm Under a Lake "The Cielo is an unforgettable read. You won't be able to put it down, through tears and smiles, until you reach the very end."-Bookreview.com Ordered by the Germans to evacuate, a group of Italian villagers flees to a farmhouse in the beautiful hills of Tuscany. As the war rages around them, the refugees confront betrayal by one villager, fearlessly house an escaped prisoner, and survive a raid by the Nazis. A young girl finds love, two boys become heroes, and secrets are revealed before an unthinkable event changes their lives forever. Inspired by experiences of Salsini's relatives, The Cielo: A Novel of Wartime Tuscany is a gripping story of courage, endurance, and the power of the human spirit.

The son of Italian immigrants, Paul Salsini is a veteran journalist and longtime journalism teacher. He and his wife, Barbara, have three children and four grandchildren and live in Milwaukee. This is his first novel. Visit him online at www.thecielobook.com.