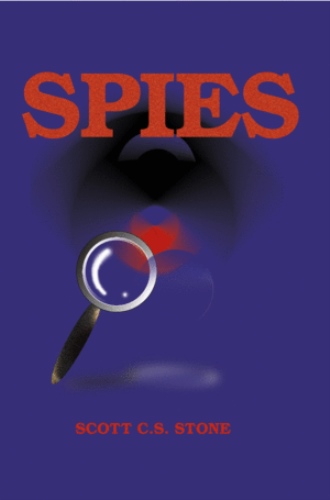 MacTavish told him all he knew, and Hoon then pointed to Natalya. She told him everything, including the fact that the Americans were sending secret agents to intercept them with the stolen object.

Hoon pointed to Stratton, who protested he had been kidnapped and was merely trying to get his cameraman and get on the air.

Farley claimed he was the zoologist, Dr. James Bonde and felt immediately that nobody believed him.

At the end they all had the same information, except for one thing, and at last Hoon turned to the Old One, "Now", he said softly, but with a hint of steel in his voice, "it is your turn, Old One. What is it that we all seek?"

Scott C. S. Stone's knowledge of contemporary Asia began with his military service. He has traveled extensively in the Far East, including Hong Kong, Laos and Vietnam, and he has lives in Hawaii where he was a newspaper correspondent.

He is a winner of the Edgar Award awarded by the Mystery Writer's Association of America for The Dragon's Eye, published by toExcel.