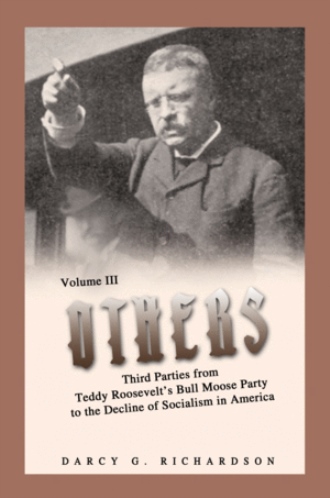 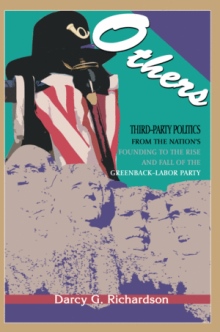 One of the most eventful and turbulent periods in American history, Richardson's latest volume in this series covers the period from the height of the Progressive Era, when Theodore Roosevelt, the wildly popular, bigger-than-life former President snorted and thundered against the country's two major parties while trying to reclaim the White House on his newly-formed Bull Moose Party.

The years immediately prior to World War I also witnessed a broad movement for socialism in the United States, a period when the Socialist Party, boasting more than 119,000 dues-paying members and a vibrant press consisting of 323 publications, claimed nearly 1,200 elected officeholders, including at least seventy-four mayors, during the party's high-water mark of 191112. In addition to the extraordinary presidential campaign of 1912, in which which Roosevelt and Socialist Eugene V. Debs combined for nearly five million votes - or a third of the national total-OTHERS III also includes a fascinating account of Florida's Sidney J. Catts, the only man in American history ever elected governor on the Prohibition ticket, and tells the largely-neglected story of how former Indiana Governor J. Frank Hanly and the Prohibition Party cost Charles Evans Hughes and the GOP the presidency in 1916.

Historian Darcy G. Richardson is the author of five books, including A Nation Divided: The 1968 Presidential Campaign. Long active in independent and third-party politics, Richardson ran for the U.S. Senate from Pennsylvania on a third-party ticket in 1988. He currently resides in Jacksonville, Florida.