Rising Above A Dream 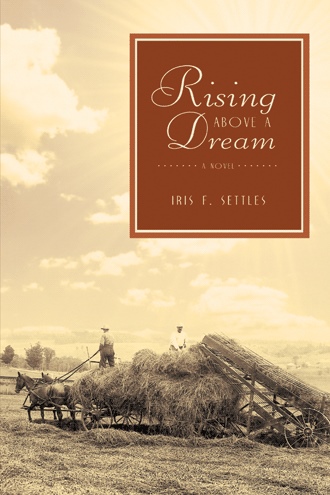 Milton McDonald Farley, the fourth child of seventeen, was born on June 8, 1908 into a world that will take him years to untangle. Predicted to become a man amongst men, his journey will not be an easy one.

When his mother, Martha, dies shortly after his birth, Aunt Shalla and Uncle Carl raise him until his father, Hollis, forces him into a world of abuse at the age of ten. Milton endures the vindictive and manipulative ways of his stepmother, Marie-Joyce, until he runs away from home to the Kohls, a white German family who treats him like one of their own.

During the hot summer days working on the farm, Milton makes time for his first love, Lucy, but he soon leaves her to work in Philadelphia with Dr. Zoenfeld. Despite a promising future in dentistry, Milton’s dream is to become a farmer and a great landowner utilizing his own fertilizer formula, so he returns home to a life in the fields.

Dealing with life’s struggles of hardship, love, racism, and abuse, Milton must find a way to create his own destiny. What he learns from his family and those closest to him will change him forever.

Iris F. Settles, a graduate of the University of the District of Columbia in Early Childhood Education and Howard University’s Dental School, currently works part-time as a Registered Dental Hygienist, while working on her literary career. Mrs. Settles lives with her family in Maryland. This is her debut novel.