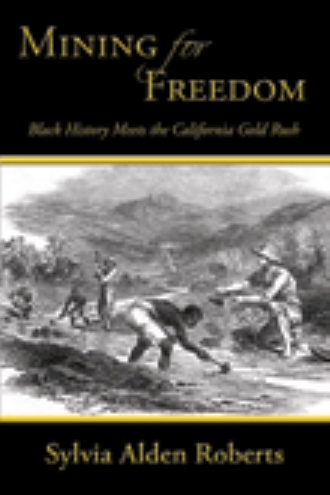 Did you know that an estimated 5,000 blacks were an early and integral part of the California Gold Rush?

Did you know that black history in California precedes Gold Rush history by some 300 years?

Did you know that in California during the Gold Rush, blacks created one of the wealthiest, most culturally advanced, most politically active communities in the nation?

Few people are aware of the intriguing, dynamic often wholly inspirational stories of African American argonauts, from backgrounds as diverse as those of their less sturdy- complexioned peers. Defying strict California fugitive slave laws and an unforgiving court testimony ban in a state that declared itself free, black men and women combined skill, ambition and courage and rose to meet that daunting challenge with dignity, determination and even a certain élan, leaving behind a legacy that has gone starkly under-reported.

Mainstream history tends to contribute to the illusion that African Americans were all but absent from the California Gold Rush experience. This remarkable book, illustrated with dozens of photos, offers definitive contradiction to that illusion and opens a door that leads the reader into a forgotten world long shrouded behind the shadowy curtains of time.

Author, lecturer and historian, Roberts began dedicating her energies to the resurrection, preservation and dissemination of African American Gold Rush history after she moved to Sonora, California in 1992. Active in community organizations, she is currently planning a second book and a museum and research center dedicated to the subject.