Hot Times During the Cold War

An American Comes of Age
in West Germany 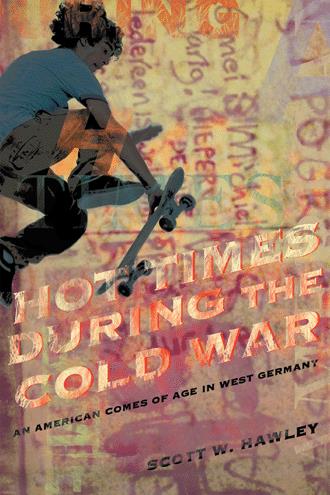 From 1985 to 1988, Scott W. Hawley, the son of a U.S. Air Force officer, lived on Rhein Main Air Force Base, a bustling U.S. military installation located in the heart of what was then West Germany. One of six hundred children of U.S. military personnel attending Frankfurt American High School, he lived the unique experience of being an American teenager in Germany during the Cold War.

While Hawley and his friends studied calculus and chemistry and sold candy bars to send the track team to Brussels, their parents commanded tank battalions, flew transport aircraft, and honed their combat skills. Hawley came of age in a community preparing for Armageddon, yet he reveled in the wondrous "so-what" cacophony of stoners, drama geeks, skaters, letter-jacket athletes, and break-dancers.

A memoir in poetic verse, Hot Times during the Cold War artfully captures the energy of "living on the edge" at a time when the world held its collective breath.

A graduate of the University of Pennsylvania and Emory University, Scott W. Hawley is the author of Frohes Wandern and coauthor of Museums of Atlanta. After serving in the U.S. Army, Hawley finished climbing all fifty-four of the fourteen-thousand-foot mountains in Colorado. He currently lives in Atlanta, Georgia, with his wife, Portia, and their son Luke.