A Just and Determined Man

The Life and Times of Ira Leonard 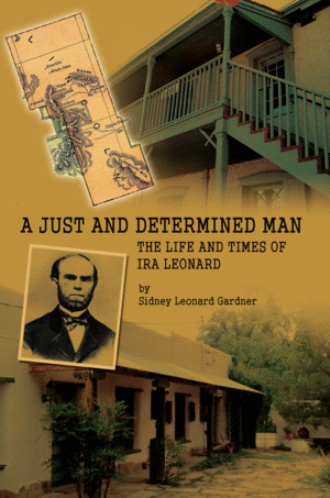 In the 1880s, William Bonney is a legendary outlaw of the American frontier-you might know him better as Billy the Kid. Scheduled to hang as a convicted murderer, Billy is represented in Lincoln County, New Mexico, by attorney Ira Leonard. But in a life spanning the continent and six of the most eventful decades in the nation's history, Leonard was much more than Billy's lawyer.

After Billy escapes, is rediscovered, and killed, Leonard moves on to other adventures. In a time when many people were swept along by great economic and political currents, Ira Leonard helped to shape the landscape of the American West. Sidney Leonard Gardner, the great-grandson of Ira Leonard, takes us on a fictional journey that captures the essence of his great-grandfather's experiences and encompasses some of the most eventful decades in building up the United States.

This intriguing novel, told as an interview, provides a glimpse into the last year of Leonard's life as he harkens back to his time as a printer, lawyer, and judge who moved from New York westward. Gardner presents Leonard as a "just and determined man" who fearlessly played a leading role in the Lincoln County wars.

Sidney Leonard Gardner is the author of five books. He is fascinated by the history of the Old West and the role played by his great-grandfather, Ira Leonard. Gardner lives in Irvine, California, with his wife and two of their four children.