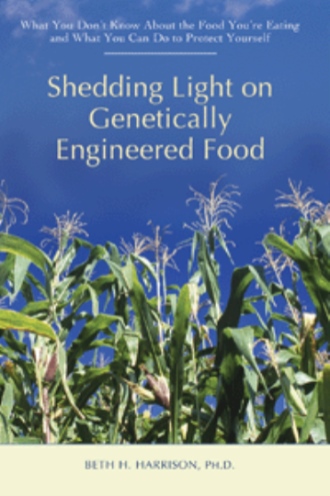 When genetically engineered food was introduced in America more than a decade ago, it was promoted as a solution to some of the world's food problems; however, the promised advantages have never been realized. Beth H. Harrison, PhD, explores why these crops do not benefit consumers, do not feed the world, do not help the environment, and are not rigorously regulated. Yet the government and the biotechnology industry expend questionable efforts to "educate" consumers, the media, and politicians with propaganda championing genetically engineered food as safe and necessary. Meanwhile, an unsuspecting public continues to be force-fed untested, unlabeled food that carries potential adverse health effects.

Harrison provides a convincing argument as to why American consumers must question the collusion between their government and the biotechnology industry: their health-and yours-depends on it.

Beth H. Harrison, PhD, has been in public relations, marketing, and consulting and involved in the health field for more than twenty years. Her doctoral dissertation in natural health focused extensively on the politics and health risks of genetically engineered food. Visit her Web site at www.TheTruthAboutGMOs.com.