Save Yourself! The Plain Truth

The Truth about God without Church 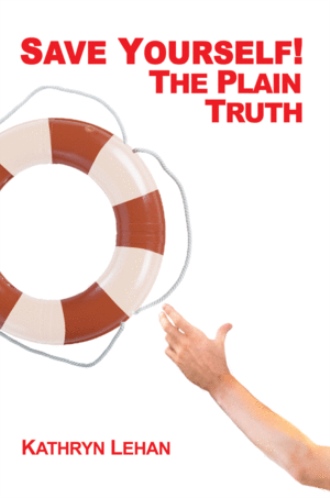 The world is becoming more chaotic every day. Disease, famine, earthquakes, fires, floods, crime, killing and senseless death are rampant. Questions were swirling about the end of the world in December 2012, but it didn't happen. What if it had been true and you weren't prepared? What if you aren't ready for the real Judgment Day of God? What if God really does exist and you miss going to Heaven? What if you literally die and go to hell because of lack of knowledge? Save Yourself! The Plain Truth answers questions about God in simple to understand language, using a minimal number of Bible quotes. Written for those who have questions but not answers. The book is packed with commonly asked questions, such as: * If God exists, why is there suffering? * Why doesn't God answer your prayers? * What is your purpose in life? * Why do people kill in the name of God? * Why does God seem so angry and mean in the Bible? * Why should you care about Satan? * When is the end of the world coming? * Is going to church really necessary to be a good person? * Is being a good person enough to get into Heaven? * What does it means to be "saved" or "born again'? * Does God work through angels, psychics and palm readers? * Why are Christians so judgmental? * How do you avoid being sent to hell if you aren't perfect? People searching for meaning and purpose in their lives, ultimately have questions about God. Ignoring God's truth causes us the most pain and suffering in this world. Often we blame God instead of the one who is really responsible for our suffering (hint: it’s not you either). Jesus knew the truth had to be simple to reach those who needed him the most. He spoke in plain language so everyone would understand. Organized religion has complicated this simple truth and set standards of perfection that God never intended mankind to meet, and as a result, many people have been driven away from God. It's time to come home to the God who loves you. Save Yourself! The Plain Truth gives it to you straight with no sugar coating - the good, the bad and the ugly of understanding God. You don't need to be a biblical scholar to "get it." Key elements are simplified to increase your understanding of God, Jesus, the Bible and what it means to be a true Christian. Learn what you need to know before it’s too late. It’s easier than you think to get “right” with God.

Kathryn Lehan learned the truth the hard way - by making one agonizing mistake after another after another. Her personal journey of coming to know God at the age of 45, is a testimony to how patient, kind, forgiving and loving God really is. God doesn't hate you. He loves you. Ms. Lehan shares God's truth in plain language, so you'll understand how much He loves you. She wants you to have a more joyful and abundant life, and to help you find God's purpose for your life.

Ms. Lehan writes and ghostwrites articles and books about business and Christian topics, and has written four children's books. She enjoys teaching and mentoring children and adults in creative writing. She currently lives in Texas and shares her home with another rescued soul (her dog).