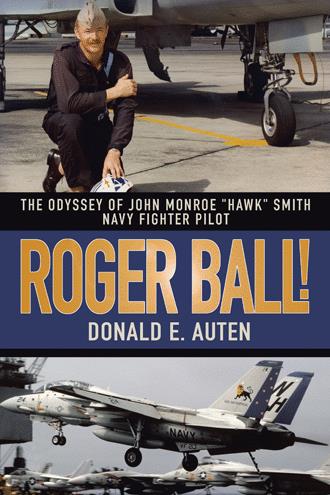 "Roger Ball! is a magnificent read about a great and distinguished life well lived. John Monroe Smith is a living legend in Naval aviation: an all-American boy living his dream, a dream of becoming the best fighter pilot and carrier aviator in the Navy. He succeeded in being the best in a way that only one with unbridled passion, fierce commitment, boundless energy, unconditional dedication and relentless resolve can experience." -Ed Allen, Rear Admiral, USN (Retired)

In the wake of the hard lessons of the Vietnam War, a pantheon of committed naval aviators struggled valiantly to modernize fighter aircraft and overhaul tactics. It was a seemingly titanic task marked by political intrigue, doctrinal apoplexy, and sadly, petty politics. This is the personal story of one of those naval aviators, Captain John Monroe "Hawk" Smith. It chronicles his growth as a naval officer, his seasoning as a fighter pilot, and his hardening as a commanding officer. It tells of the raw courage of naval aviators and captures the visceral loyalty, unswerving commitment, and the unsinkable camaraderie that is the brotherhood of naval aviation. Roger Ball! is a seven-g, heart-in-the-throat story of the very unforgiving profession of naval aviation.

Donald E. Auten, Captain, USNR, was a career naval officer before retiring in 1998. Although originally trained as a light attack pilot, he was selected for the Navy adversary warfare specialty, graduated from TOPGUN?s fighter and adversary courses, and became an adversary instructor pilot. Donald completed six squadron assignments, including a commanding officer tour in VFC-12. He has logged nearly five thousand hours. He lives with his wife and two Labradors in Coronado, California.