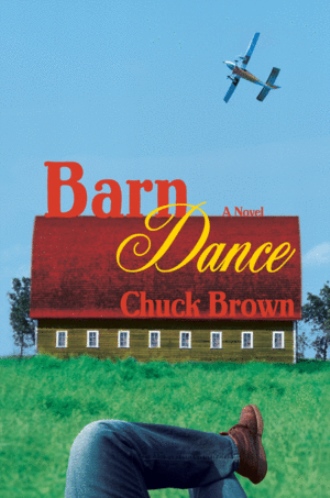 Gabby Cox, a shy Minnesota bachelor farmer, is content with his quiet life. When rock star Sphinx and his celebrity girlfriend, Sparkle, crash their private airplane into Gabby's barn, his life is turned upside down. Sphinx and Sparkle are killed-along with a half dozen pigs-and Gabby loses both his barn and his privacy. What follows is the expected crush of government officials, media, and rioting fans. Then things grow stranger as hucksters, bullies, and zealots join the fray.

Gwen Todd, Gabby's friend, has seen it all before. A former Miss Everything in their small Minnesota town, she went to Hollywood to make her mark, only to come home disillusioned after a fellow star's self-destruction. Now the town librarian, Gwen never speaks of her Hollywood days, but she worries how the commotion caused by the celebrities' deaths will affect her friend. Despite the chaos inundating his life, Gabby longs for Gwen to be more than a friend. Paralyzed by shyness, he watches as a big-city newspaper reporter romances her. The unusual events on his farm, however, have only given Gabby a deeper appreciation of life, and it just might give him the confidence to ask Gwen on that first date

Chuck Brown is a corporate refugee, now turned to writing. He lives with his wife, Pat, in Olivia, Minnesota, where he serves on the city council.