The Story of Cariadlawn and the Curse of Cian

by William A. Murray 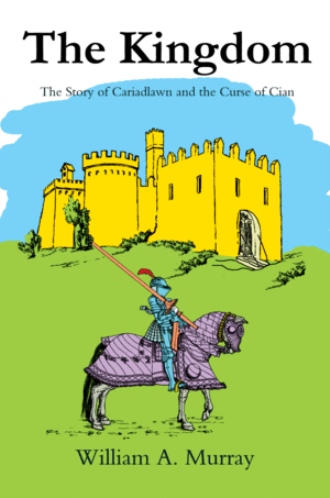 The remote island kingdom of Areulnia, once a land of peace and prosperity, has been ruled by cruel kings for centuries. The people of the land are locked in misery and poverty.

As Prince Pedr is about to take his throne, he learns of the Curse of Cian which foretells the end of the 600-year Duffield dynasty during his reign. He also learns of his own horrible fate.

To keep his throne and preserve the dynasty, Pedr is convinced he must follow the "Nine Steps" devised by his cruel ancestors to defeat the curse and keep the people powerless and enslaved.

Pedr wages wars and suffers many trials. He begins to see the error of the ancient teachings. Through time, Pedr receives the love of his daughter and an orphaned child, and he yearns to abandon the ancient teachings and follow his heart. But he knows the price of that "weakness" is the loss of his kingdom.

Pedr must overcome the curse and defend his kingdom from a diabolical cousin bent on Pedr's destruction. While many enemies seek to defeat King Pedr, is there another force determined to return the kingdom to the peace and prosperity once known?

William Murray has had a lifelong interest in medieval history, especially the myths and legends of medieval Britain. He has traveled extensively throughout Scotland and Northern England and uses those environs as the inspiration for his imaginary kingdom.

Mr. Murray, a graduate of Waynesburg College, is retired and lives in Freedom, Pennsylvania, with his wife, Harriet.