Sprint to the Finish 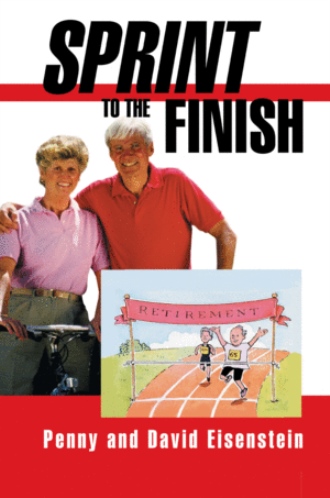 Retirement is closing in for many people who aren't financially or emotionally prepared. In sometimes creative and sometimes conventional ways, David and Penny point out proven and practical actions for amassing assets so that even late starters can retire in the lifestyle they choose, when they choose.

Sprint to the Finish offers topics such as:

Sprint to the Finish is a useful resource for anyone considering their retirement days!

Penny Eisenstein received the CERTIFIED FINANCIAL PLANNER designation from the College of Financial Planning in Denver, Colorado in l998. She has twenty years combined experience in the financial and commercial real estate industries. In 1993, she attained the CCIM (Certified Commercial Investment Member) designation and has served on the Board of Directors of the CCIM Association for several years. She also is a member of the Financial Planning Association. She has managed over $40,000,000.00 of clients? assets and has hosted or co-hosted financial planning radio talk shows for over seven years on KTAR, KYFI, FCEO, and KPOP. Penny has a private pilot?s license. She and her husband, David, live in San Diego, California.

David Eisenstein is an attorney, licensed to practice in both the states of California and Arizona. He earned his undergraduate degree from the University of Arizona in l973, graduating with highest distinction as a member in the scholastic honor societies of Phi Beta Kappa and Phi Kappa Phi. In l976 he received his Juris Doctor ?with distinction? from the University of Arizona College of Law. David has 28 years of experience as a practicing attorney, emphasizing estate planning as well as being a nationally known litigator in the field of direct sales law. He has appeared before the California and Arizona trial and appellate courts and was admitted to the Bar of the U.S. Supreme Court in l984. He has been both a member and officer of numerous community and professional groups over the years. David has hosted estate and financial planning radio talk shows on KCEO and KPOP. For relaxation, David enjoys the challenges of golf.

Offices are located at: