The Tale of a German Sniper 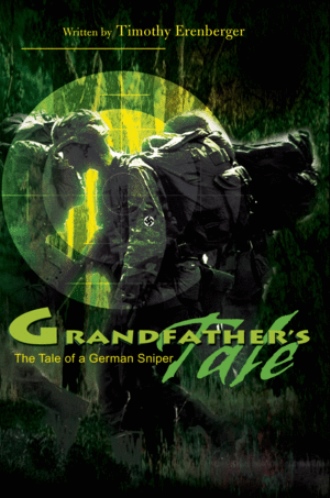 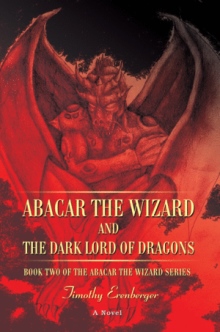 Abacar the Wizard and the Dark Lord of Dragons
Timothy Erenberger
$13.95 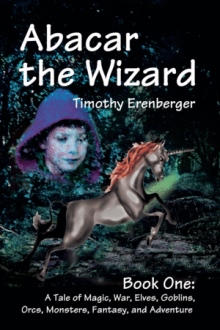 Grandfather's Tale is the story of Georg's transformation from reluctant new soldier into a master sniper. Georg fought in dozens of battles in several countries, including Poland, Belgium, the Soviet Union, Crete, Italy and Germany. After proving himself to be an exceptional sniper, he joined a special team of German paratroopers. This group of expert soldiers was parachuted into Eben Emael, the strongest single fortress in the world!

Georg's story is one of adventure and survival under extreme circumstances, including the brutal Soviet winter, and the final battle, the Battle of Berlin. Join Georg as he recounts his harrowing experiences to his grandson, in hopes that he may learn the lessons of war, and not repeat them.

Grandfather's Tale is an action-packed journey through the entirety of the Word War II. German weapons, tactics and strategy on a platoon level are explained with meticulous detail. Several battles, including the Battle of the Bulge and the Invasion of Crete are told from a German perspective.

"Erenberger's story is fast-paced, his descriptions of the conditions a sniper must undergo through in each engagement were unforgettable...This book is strongly recommended for all who want to know what 'the big war' was all about in the eyes of a German sniper."-Capt. M.R. Doehrmann, USMC

Tim Erenberger lives with his wife, Angie, and their son, Jamie, in Cedar Rapids, Iowa. He grew up in Iowa and has also lived in the state of Oregon. Mr. Erenberger has had a lifelong interest in military history. He uses his many years of experience in martial arts and online war games to create energetic, fast-paced novels, including Fangs of the Serpent.