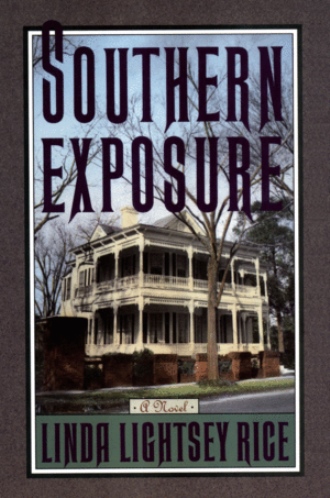 We lived in a Low Country. Both before and after that summer, but it was never the same. Like all Southerners, we loved and hated to excess. As we grew tall under the South Carolina sun, the mortar of our psyche was chinked with unequal parts of both. Oftentimes we couldn't tell the difference between them. Which is what we learned that last long night, in a darkness shattered by the obscene clarity of light. Later, when Stoney McFarland became temporary custodian of the paintings that survived, he likened them to the town. "Old paintings belong in old towns," he said with a trace of sadness. "They're faded and cracked and pockmarked with age. But they do endure; if we take good care of these, they'll last a long time." Then he paused and added, "I guess only a terrible accident can really destroy a work of art." We knew then, of course, that he wasn't really talking about the paintings. 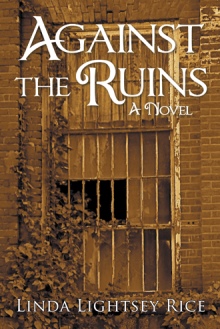 Against the Ruins
Linda Lightsey Rice
$17.95

A lyrical voice from the South weaves a searing psychological drama around a small town shocked by its first murder, hurtling a calm and complacent community into a harrowing realm of alienation and distrust. Essex, South Carolina, is a town where doors are never locked--until an elderly widow is murdered in her bed. Stoney McFarland and his wife Anna have returned to his hometown in hopes of rebuilding their connection. But Stoney's obsession with the murder investigation, his efforts to restore the town, threaten deeply buried secrets other townspeople are desperate to suppress. From eerie voodoo rituals in the mist-shrouded swamps to the Old South matriarch who fears a dead woman to the Civil Rights activist searching for the mother who abandoned her, the town is soon fractured by the twin perils of public danger and private exposure.The story reaches a devastating climax when it becomes clear what some people will do to protect the place they love. A lushly atmospheric novel that confronts complex ideas about bigotry, love, and modern society. "Southern Exposure is a terrific novel and Linda Lightsey Rice is one hell of a novelist." --Pat Conroy

Linda Lightsey Rice, a native of South Carolina and author of the novel SOUTHERN EXPOSURE first published by Doubleday, has been called "a fiery, incandescent talent" by novelist Pat Conroy. SOUTHERN EXPOSURE was nominated for the PEN Hemingway Award, was selected by The Literary Guild, and an excerpt from the book recently appeared in the anthology THE AMERICAN SOUTH published in Germany. The author was a 2004 recipient of the McKnight Fellowship in Creative Prose and has won awards from the Jerome Foundation, the Helene Wurlitzer Foundation of New Mexico, Virginia Commonwealth University, the Loft Literary Center, and the Hawthornden Castle International Retreat for Writers in Scotland. She has taught creative writing at the University of Tennessee, the College of St. Catherine, the Chautauqua Institution, and at the Loft Literary Center, and continues to give a series of independent novel workshops. A former newspaper reporter who also worked in the NY publishing industry early in her career, she presently lives in Minneapolis and in the Southeast.