The Nature of Consciousness 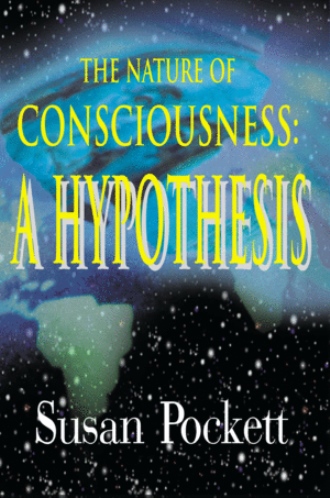 This book is written to put forward a particular scientific hypothesis about the nature of conscious experiences, or qualia. It is aimed largely at academic readers, but because of the wide variety of professional backgrounds among academics interested in the nature of consciousness, I have tried to write so that the argument will be clear to anyone with a high school education in general science and an interest in one of the oldest questions of humankind: “what is mind?” Despite this good intention however, there are probably some parts of the text that will be incomprehensible to anyone without a reasonably solid background in neurophysiology. I have tried to help at these points by including a small amount of Beginner’s Guide type material as appendices.

It should be said at the outset that at the time of writing, the hypothesis I advance here is not, as far as I know, accepted by anyone in the academic world of consciousness studies (with the obvious exception of myself). Therefore the book is organized as a polemic. First the basic hypothesis is introduced and its origins in ancient philosophy are shown. Then some ground rules for discussion are laid and a considerable amount of neurophysiological evidence supporting the hypothesis is given. In the light of this supporting evidence the hypothesis is expanded beyond its basic statement. Further empirical evidence is then given to show that the idea explains not only how the brain affects consciousness, but also how consciousness affects the brain. Next, a number of objections to the hypothesis are stated and refuted. Finally, some rather large implications of the idea are sketched briefly.

So what is this controversial hypothesis? The basic question it goes to is that most ancient of philosophical saws, the mind-body problem. The mind-body problem boils down to the question of whether consciousness (mind) is a physical phenomenon or a non-physical one. The position that consciousness is a physical phenomenon is known as materialism and the position that it isn’t is called dualism. Almost all modern-day scientists are, at least on the surface, fierce materialists. Indeed in scientific circles these days the word “dualist” is so unacceptable that it tends to be reserved as a last-ditch imprecation, to be hurled only when all else has failed to dispose of an opponent’s argument. However, to many philosophers, the materialist position that is so much an article of faith among scientists simply fails to satisfy. The argument against it is essentially an intuitive one - mind and matter just seem to be different classes of phenomena. In fact, even to many scientists this privately seems an intuition with much to recommend it, but the problem remains that those in the anti-materialist camp who bite the bullet and frankly espouse dualism do have a hard time explaining how something that is not itself material could affect matter in the brain (as consciousness must if it is to influence the behavior of those who possess it). This difficulty sometimes leads to the intuitively bizarre position that consciousness actually doesn’t affect matter in the brain at all - that it is merely an epiphenomenon, with no causal powers in the material world. No wonder this is such a long-running debate. However, all is not lost - into this mess rides the hypothesis put forward here.

The essence of the present hypothesis can be stated in one sentence. It is that consciousness is identical with certain spatiotemporal patterns in the electromagnetic field.

Now if this hypothesis is true, it may not be overstating the case to say that it solves the mind-body problem at a stroke. If the hypothesis is true, then consciousness is not material in the usually accepted sense, but neither is it some kind of non-physical spook (which, being non-physical, is therefore not accessible to scientific investigation). Consciousness (or at least normal human consciousness) is a local, brain-generated, configuration of, or pattern in, the electromagnetic field. A brain-sized spatial pattern in the electromagnetic field is not matter as such, so the hypothesis escapes the main objection to materialism. However, the electromagnetic field does have the easily observed property of affecting matter, so the hypothesis also side-steps the main objection to dualism. Philosophically speaking, this looks like a winner.

But the question remains, is it just another philosophical speculation, or is this a hypothesis supported by the vast mass of presently available scientific evidence on consciousness? The major part of the present book is an argument that the central hypothesis is supported by a great deal of empirical evidence, and thus that it must be considered a serious scientific hypothesis, deserving of further experimental investigation.

The structure of the book is as follows.
The introduction introduces. Chapter 1 sets down some working definitions and a set of criteria by which to evaluate scientific evidence on the neural correlates of consciousness. Chapters 2 to 5 lay out a considerable body of perfectly standard and reputable neuroscientific data showing that both the different states of consciousness (i.e. waking, sleeping and dreaming) and the specific sensory experiences of waking consciousness (i.e olfactory, auditory and visual experiences), are indeed associated with identifiable electromagnetic patterns generated by the brain. Chapter 6 fleshes out the hypothesis in more detail and names it the electromagnetic field theory of consciousness. It also points out that sensible answers fall naturally out of the theory to at least two questions which have previously been intractable: the question of what distinguishes the tiny fraction of brain activity that is available to consciousness at any given moment from the large proportion that is not, and another widely bothersome philosophical question called the binding problem. The differences between the present theory and the psychoneural identity theory are also discussed, the main difference being that the present theory predicts biological neurons to be in principle not necessary for the generation of conscious experience. The electromagnetic field theory of consciousness predicts that the right sorts of patterns in the electromagnetic field will be conscious, whatever generates them. Some practical consequences of this prediction and a possible empirical test of the theory which follows from the prediction are noted.

Chapter 7 moves on from the question of how the brain generates consciousness to a consideration of how consciousness acts back on its own brain. First the history of the idea that electromagnetic fields influence brain activity is given, and then current empirical evidence that they do so on a routine basis, as part of the normal operation of the brain, is presented. Chapter 8 then considers six different objections to the theory and provides answers to them. Finally, Chapter 9 discusses the relationships between this theory and the ideas of Charles Darwin, the experiences of mystics through the ages and commonly held notions about a universal consciousness, also known as God.

It is probably superfluous to say that I think the central idea put forward here is an important one, which deserves to be further investigated on a large-scale basis. My hope is that this monograph will convince you of the importance of the idea too, dear reader, and that it may even inspire some bushy-tailed young graduate students of the future to stake their careers on investigating the electromagnetic field theory of consciousness. However, whether or not the book succeeds in these lofty aims, I hope that you will at least find it a entertaining read!

Few books about consciousness get to the nitty gritty as quickly as this one. By the end of the preface, the essence of the novel hypothesis that is at the heart of the book is clear. The reader is then taken on a stimulating intellectual journey that ranges from ancient Hindu religious texts to the most up-to-the minute papers in the neuroscience literature as the author supports and defends the hypothesis. If you have any interest at all in the academic field of consciousness studies, don't miss this book!

Susan Pockett is a neurophysiologist who lives in New Zealand.