by A. Colin Wright 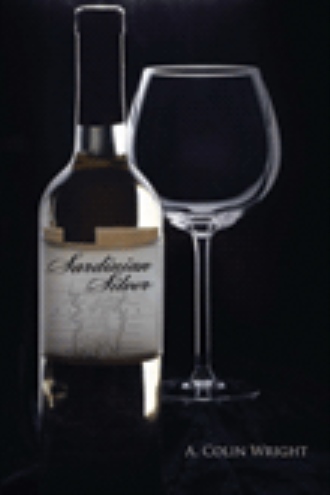 Long after the others we reached the top: a slab of rock, a wooden post, and a cold wind. But down below, the entire mountainlands of Sardinia stretched out endlessly into a dim, mysterious haze. We saw only mountains and forests, for the villages were too far in the valleys to be seen. A barren land devoid of any kind of civilization, even that of the village of Orgosolo itself—this was the notorious Sopramonte, beautiful, but hostile as an animal untamed by humans. Now I could envisage the murders and crimes as a manifestation of that country itself, a beast playing with men between its paws, forcing them to do what it demanded. You could still be happy, forget the monster existed, but it was always there, threatening, magnificent. Nature shouted its praises to God, proclaiming its own existence and demanding the attention to which it had as much right as humans—asserting that beyond these mountains and the echoing winds around them there existed only eternity.

To Arthur Fraser, a young Englishman, Sardinia in 1960 is perfect. It's an island filled with Roman ruins, exotic scenery, local customs, and morally traditional values-he loves everything. To assimilate into the strange and belong to a society different from his own has always been his desire.

Arthur arrives in the resort town of Alghero to work as a representative for a tourist company. His ambition is to find a Sard girl for himself. He is quickly thwarted, though, by the orthodox beliefs of the inhabitants. Unmarried couples cannot meet without chaperones, and anyone with "continental" attitudes is immoral. Arthur quickly learns that dating is fraught with real dangers.

When Arthur finally falls in love with Anna, a Sard girl, he discovers that she lives in Rome and is no longer accepted at home. But she then falls in love with one of his best friends, and Arthur becomes irrationally obsessed. He incessantly schemes about winning back her affections, despite her efforts to dissuade him.

In Sardinian Silver, author Wright masterfully evokes a mysterious society, its flamboyant people, and the Island's beauty. Like Arthur, you'll never want to leave Sardinia, with its wide sands, low hills, sun, and blue sea and its superficial pleasantness of life.

After graduating from Cambridge University in Modern Languages, A. Colin Wright worked as an English teacher in Sardinia. There he experienced what was still a primitive society, lacking the freedoms of English social life. He now lives in Kingston, Ontario, Canada, where he worked for many years as a Professor of Russian. Visit his website at acolinwright.ca.