From Savannah to Yorktown

The American Revolution in the South 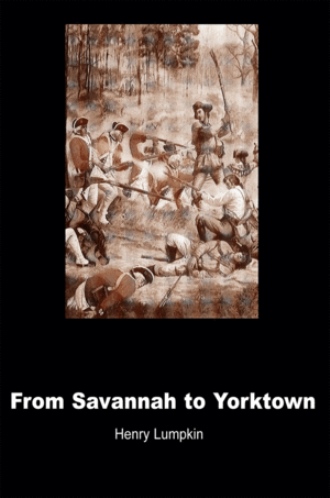 Bloodshed in the American Revolution began in Massachusetts and ended in South Carolina. That the last major action of the war occurred in the South was no accident.

The British regarded the South as their best chance of crushing the rebellion, and a southern strategy governed British military campaigning during the decisive years from 1778 to 1781. How that strategy failed in Georgia, the Carolinas, and Virginia is answered in this highly readable military history, which carries the reader from the early backcountry skirmishes to the climactic triumph at Yorktown.

From Savannah to Yorktown sketches many of the colorful field commanders, discusses the weaponry and uniforms, and, above all, unfolds the battle events, strategy, and tactics.
Well-illustrated with maps, portraits, battle scenes, and arms, this first comprehensive military history devoted to the American Revolution in the South will be welcomed by anyone interested in the southern battleground of freedom.