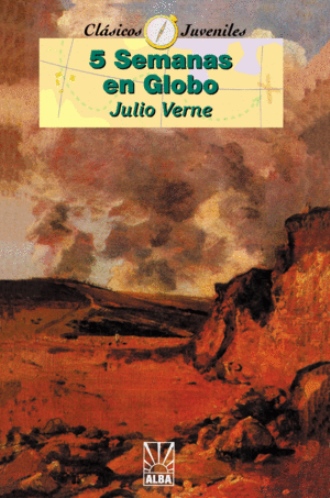 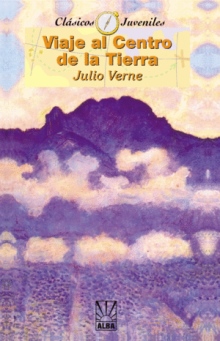 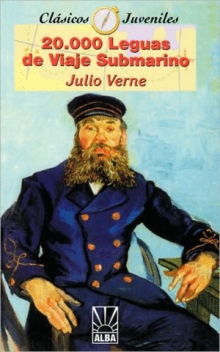 A legendary French author and pioneer of the science fiction genre, Jules Verne wrote visionary tales of space, air, and underwater adventure in classics like Twenty Thousand Leagues Under the Sea (1869) and Around the World in Eighty Days(1873).

The creator of the roman scientifique, the popular literary genre known today as science fiction, Jules Gabriel Verne was born in the port town of Nantes, France, in 1828. His father, Pierre, was a prominent lawyer, and his mother, Sophie, was from a successful ship-building family. Despite his father's wish that he pursue law, young Jules was fascinated by the sea and all things foreign and adventurous. Legend holds that at age eleven he ran away from school to work aboard a ship bound for the West Indies but was caught by his father shortly after leaving port. Jules developed an abiding love of science and language from a young age. He studied geology, Latin, and Greek in secondary school, and frequently visited factories, where he observed the workings of industrial machines. These visits likely inspired his desire for scientific plausibility in his writing and perhaps informed his depictions of the submarine Nautilus and the other seemingly fantastical inventions he described.

After completing secondary school, Jules studied law in Paris, as his father had before him. However, during the two years he spent earning his degree, he developed more consuming interests. Through family connections, he entered Parisian literary circles and met many of the distinguished writers of the day. Inspired in particular by novelists Victor Hugo and Alexandre Dumas (father and son), Verne began writing his own works. His poetry, plays, and short fiction achieved moderate success, and in 1852 he became secretary of the Théâtre lyrique. In 1857 he married Honorine Morel, a young widow with two children. Seeking greater financial security, he took a position as a stockbroker with the Paris firm Eggly and Company. However, he reserved his mornings for writing. Baudelaire's recently published French translation of the works of Edgar Allan Poe, as well as the days Verne spent researching points of science in the library, inspired him to write a new sort of novel: the roman scientifique. His first such novel, Five Weeks in a Balloon, was an immediate success and earned him a publishing contract with the important editor Pierre-Jules Hetzel.

For the rest of his life, Verne published an average of two novels a year; the fifty-four volumes published during his lifetime, collectively known as Voyages Extraordinaires, include his best-known works, Around the World in Eighty Days and Twenty Thousand Leagues Under the Sea. Begun in 1865 and published to huge success in 1869, Twenty Thousand Leagueshas been translated into 147 languages and adapted into dozens of films. The novel also holds the distinction of describing a submarine twenty-five years before one was actually constructed. As a tribute to Verne, the first electric and nuclear submarines were named Nautilus. In 1872 Verne settled in Amiens with his family. During the next several years he traveled extensively on his yachts, visiting such locales as North Africa, Gibraltar, Scotland, and Ireland. In 1886 Verne's mentally ill nephew shot him in the leg, and the author was lame thereafter. This incident, as well as the tumultuous political climate in Europe, marked a change in Verne's perspective on science, exploration, and industry. Although not as popular as his early novels, Verne's later works are in many ways as prescient. Touching on such subjects as the ill effects of the oil industry, the negative influence of missionaries in the South Seas, and the extinction of animal species, they speak to concerns that remain urgent in our own time.

Verne continued writing actively throughout his life, despite failing health, the loss of family members, and financial troubles. At his death in 1905 his desk drawers contained the manuscripts of several new novels. Jules Verne is buried in the Madeleine Cemetery in Amiens.

Author biography from the Barnes & Noble Classics edition of Twenty Thousand Leagues Under the Sea.

In 1848, Verne got his start writing librettos for operettas.

When Verne's father found out that his son would rather write than study law,he cut him off financially, and Jules was forced to support himself as a stockbroker -- a job he hated but was fairly good at. During this period, he sought advice and inspiration from authors Alexandre Dumas and Victor Hugo.

Verne stands as the most translated novelist in the world -- 148 languages, according to UNESCO statistics.