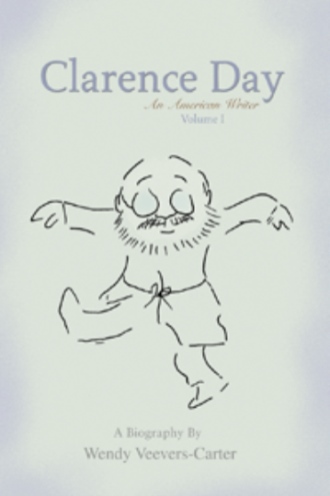 The life of Clarence Day, beloved author of Life With Father, Life With Mother, God and My Father, and This Simian World, is revealed for the first time in Clarence Day: An American Writer. Using her father's diaries and family letters, Day's daughter, Wilhelmine Day Blower, creates a lively portrait of her father's Victorian boyhood, escapades at Yale, and naval experiences in the Spanish-American War-until he was struck down with rheumatoid arthritis.

Forced to abandon an active life on Wall Street at the age of twenty-five, Day struggled to make a career as a writer and illustrator. His life with his hot-tempered father, energetic mother, and three redheaded brothers is the background to his best-known book, Life With Father, which was later produced as a play and a Hollywood film.

Blower also shares with the reader other aspects of her father's life, including his unusual marriage and his contribution to the success of a new magazine called The New Yorker. Clarence Day: An American Writer brilliantly captures the dedication of one of America's favorite authors.

Wilhelmine Day Blower was born in New York, but has spent her adult life in Africa and Asia. Upon her mother?s death, she inherited her family?s archives of letters, diaries, and unpublished writings, which she used as the source for Clarence Day: An American Writer.