Secret of the Tree 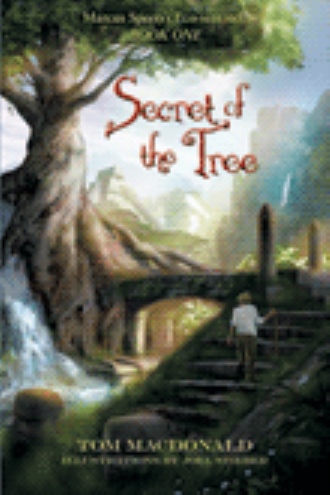 Bath, England, 2059 AD. Dr. Marcus Speers, in his 60’s, finds himself surrounded by his two very curious grandchildren, who have finally cornered him, forcing him to come out of his shell and tell them of his mysterious past, which has been shrouded in secrecy. He takes them back to his youth, in the year 2010, when as a 12-year old naturalist, Marcus finds himself on a wild adventure, in search of himself and his destiny. His father, son of an English timber tycoon, has been away from his family for close to five years and has gone to great lengths so that his family can live with him in the West Brazilian Amazon. As Marcus, his mother, and his sister leave a leisurely life in Great Britain and board a helicopter bound for the remote jungle, Marcus is the only one who is excited. To a boy who dreams of being a famous naturalist, the jungle is a potpourri of fascinating scientific exploration. His mother and sister on the other hand are not thrilled with their new home—a gigantic treehouse—twenty-five thousand miles from the real world. As Marcus begins his new adventure with all the exuberance of a scientist, he accidentally discovers an ancient Incan ruin and uncovers a centuries-old secret. Suddenly, Marcus finds himself in the midst of a war— and he’s fighting against his own father.

In this timeless tale of man against nature, Marcus battles alongside some unlikely allies in a heroic attempt to save the rainforest from certain destruction.

Writing “Secret of the Tree” was the last thing that I would ever have foreseen, as a young boy. Growing up in rural Oklahoma, I spent the majority of my childhood alone, studying nature, collecting snakes of all kinds, and reading volume after volume of encyclopedias— several times over, by age eight. I was a tireless nerd, and a bookworm, consuming any reading material associated with nature, paleontology, and all sciences in general. Being the third of seven children was also a catalyst to my desire to spend time alone with nature, researching all of the things I had read, first-hand. As a result, I enjoyed passing a great deal of time in lonely fields, far from city streets, making notes and maps, surveying the nature, and the geology. I collected a huge array of fossils from far and wide, including an assortment of trilobites and a protoceratops egg. As life's journey led me to the farthest reaches of the globe, I eventually landed in Hollywood, where I began a career in the motion picture industry, as a set costumer on feature films and television productions. Working on the set of films like “Forrest Gump”, “Saving Private Ryan”, "Cast Away",“Spider-man”, “Iron Man”, and “Valkyrie”, I had the opportunity to study piles of scripts, breaking down the stories and characters into minute detail. After 20 years in the business and nearly 50 major projects under my belt, screenwriter and close friend Michael McGruther inspired me to write a story— which I did— and a 15 page treatment, followed by a 120 page screenplay poured out of me in a ten-day writing marathon. The typical process of turning a novel into a screenplay worked in reverse in this case. Upon finishing the third draft of the screenplay, I realized how stories change drastically when they are sold in the studio system. This story was too personal to surrender creative control, particularly after three revisions of the screenplay were completed over a three-year period. The revisions were done with the help of story consultant Dan Wolf, who at the time was V. P. of Communications for a major motion picture studio. Wolf’s brilliant insight on building a great story was invaluable to me. I was extremely fortunate to have a mentor who really understood story and character development, and who was an accomplished writer himself. Though his suggestion to lock the story into novel format seemed daunting, after three years of late nights and weekends, while working on movie sets fourteen hours a day, I finally completed my first novel— based on a screenplay. As a great lover of nature, I wanted to author a work that would both entertain and inspire a generation of people to recognize the grave importance of preserving our planet and all it's creatures, and by doing so, we will save ourselves.