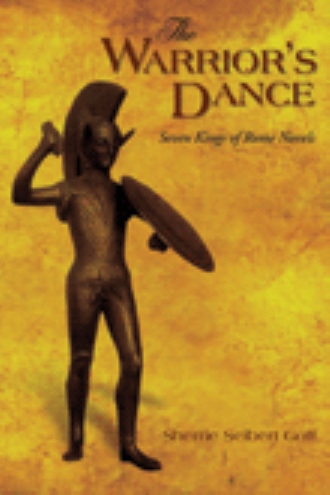 Timius’ grandmother had a quaint custom of marking each day as good or bad by dropping a white or black stone in an urn. Each night the elegant matron lingered at her household shrine to select a pebble of the right hue, white being the symbol of happiness and black that of misfortune or trouble. At the turning of the seasons or on family anniversaries, Grandma Fannia could dump out her cache of burnished pebbles and reflect back upon her life.

Thinking to confirm that the balance had tipped in young Timius’ prospects for survival, I tiptoed across my neighbor’s deserted hall and stole a peek inside that red, white, and black goddess urn. Its innards gleamed ominously dark. The scent of fragrant wood and resins hovered about the shrine. Startled by a soft noise, I clanked down the lid and spun around to find Timius’ sister Horatia leaning against the door post and regarding me with a wry grin.

I had intended to slip in for a word with Timius before joining his brothers on the cavalry grounds, not come calling on the house. Now here I was, a wellborn lad, spotted wearing some sweat stained, faded brown tunic that reeked of the stables, along with dusty worn boots and a strip of ragged wool tied around my patrician head.

Flustered and annoyed at the girl’s catching me peeking in someone’s private jar, I decided to tweak her a little. “What say you we switch around your old gran’s rocks and make her think she’s had a good time this month?” 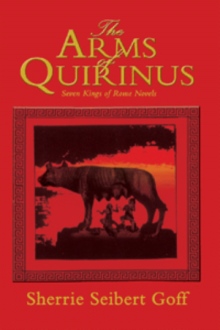 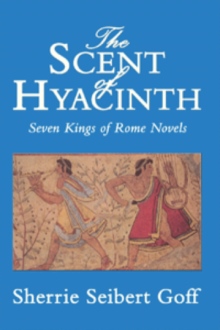 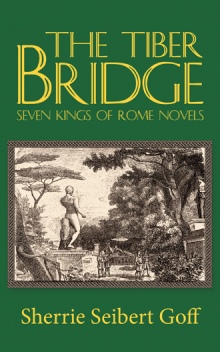 The Warrior's Dance weaves a gripping account of Rome's third king, Tullus Hostilius, who is celebrated in history as the bellicose leader who destroyed Rome's mother city, Alba Longa. In this rich, compelling look back at a time when history and myth intermingle, King Tullus is portrayed as a young demigod, impetuous, insolent, unhampered by scruples, and exposed to the temptations of tyranny.

Trouble begins during the waning days of elderly King Numa, when Tullus and his restless young partisans go about decrying a Rome grown weak. In the springtime of their lives, they ridicule the piety and peace forced upon them by a doddering ruler and yearn to pursue the warrior's way. A new generation longs for action and glory, while fathers quake at the seditious talk of their sons.

The Warrior's Dance is told by those who lived the breathtaking adventure of King Tullus' ascent to power. Their fates perforce are caught up in their hero's triumphs and snared by his ruinous descent into superstition and brutality. When the balance tips too far, the gods will demand their due.

"An enchanting mainstream historical novel. How easily the reader is dropped into the life and times is remarkable. The writing technique is refreshingly unique, and the story flows easily from page to page. The reader is very much on the scene and seeing throught the protagonist's eyes. The characters carry the story and are the story." - Pacific Northwest Writers Association.

Sherrie Seibert Goff, author of The Arms of Quirinus, The Scent of Hyacinth, The Warrior's Dance, and The Tiber Bridge, worked for several years as a technical writer in Los Angeles, but she has held a long abiding love for ancient history, especially anything Roman. Her rousing tales set in early Rome's regal period are known for their in-depth research and historical imagination. She now lives in Idaho with her husband Stiofain and two cats. Visit her website at www.sherriegoff.com or follow her Facebook Page at https://www.facebook.com/SherrieSeibertGoff.HistoricalNovelist.