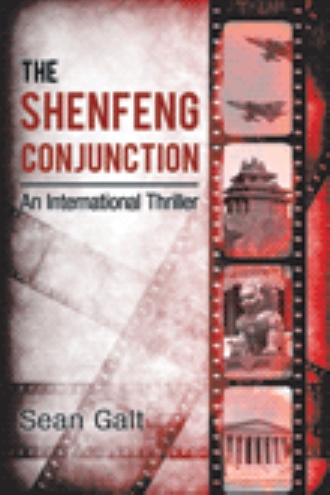 Wang made his way through the complex’s labyrinth. Entering the Command Center, he glanced around the giant room as dozens of uniformed PLA operators, stationed in open cubicles, studied their computer screens, clacked away on keyboards, or talked softly into phones. A few more stood talking or moving about. Looking up, the general surveyed the giant electronic global maps and charts arrayed along the walls. Painstakingly built over more than a decade, the displays tracked the major currency exchange rates, stock markets, crude oil futures, and key commodity prices. Bright green numbers, in constant motion, fed a dynamic optimization formula. The giant global map, covered with thousands of thin red lines, showed the flow of crude oil moving from place to place around the world like arteries carrying blood through a giant global body. Although they appeared healthy, Wang knew their prognosis was grim. “General?” asked a voice from behind him. Wang recognized it immediately. Turning around, he greeted Wu Gan, the head of the Central Working Committee of Large-Scale Enterprises that ran China’s largest one thousand companies. Wu Gan was responsible for managing several key, handpicked colleagues at the Ministry of Finance, the People’s Bank of China, and the State Economic and Trade Commission, to carry out the financial part of Wang’s overall plan. “We’re ready,” Wu announced softly. Wang gave him an appraising look. “Our projections will hold?” “Yes,” replied Wu firmly. “But we have to lock in fifty-five percent of our crude oil imports for the next forty-five days.” Wang agreed. Shenfeng’s first phase was to minimize China’s financial exposure as it began liquidating its U.S. Treasury bond holdings. The global markets would respond quickly, further devaluing the dollar. That would spike oil prices. Because China’s crude imports were approaching three million barrels a day, locking in short-term crude oil contracts would save a fortune—a fortune he would put to good use. “Is anyone suspicious?” he asked. Wu shook his head. “Not that I can tell.” Taking a measured breath, Wang closed his eyes. He imagined he was walking towards a mighty river’s edge. It was his Rubicon, now only a few steps away. Then he opened his eyes again and looked at the global map, his gaze settling on New York. Great risk, he reminded himself, brings great reward. “It’s time to strike,” he said calmly. “Liquidate the reserves.”

“German Tornados, you are ordered to accompany us to Ellington Field, over.” Krieger didn’t reply. The F-16s were now only 15 miles away. His crews knew what to do, and continuing on course, they streaked south towards their targets. Meanwhile, he and Konrad turned to fight.

General Wang, head of the PLA’s Intelligence Directorate, dreams of becoming China’s new Emperor. Ruthless, sadistic, and brilliant, he intends to rule the world by defeating an unsuspecting America in a new kind of war. When soaring oil prices threaten China’s survival, Wang orders the first strike. As he does, his 6-10 Office agents capture the beautiful Falun Gong coed, Song Lizhen. Within hours, he tortures the terrified, yet fiercely defiant, young dissident.

In Washington, D.C., Treasury agent Patrick Brennan vows to redeem himself as the interim head of OIA. But when America suffers a withering nuclear attack, he suddenly confronts a treacherous dilemma—to either hunt down al-Qaeda, or go rogue and fight the real mastermind. Mustering a loyal cadre of financial wizards, he races to thwart Wang’s insidious plot and its final deathblow.

As America’s time runs out, Song Lizhen faces a terrible choice, and all fates converge in The Shenfeng Conjunction’s electrifying climax.

Sean Galt has been a change consultant to Fortune 500 corporations in the automotive, oil, and airline sectors. He has also taught strategy, leadership, and psychology at the U.S. Army Organizational Effectiveness School, Monterrey Peninsula College, Vincennes University, and the University of Houston. He lives in the Los Angeles area.