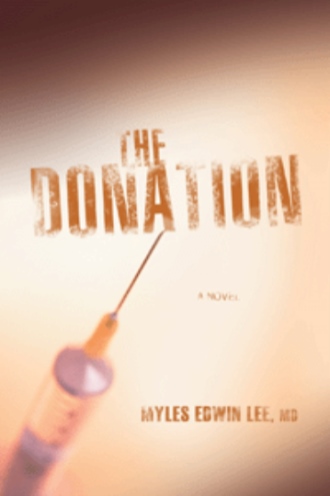 The Donation is a controversial medical thriller that proposes organ donation be offered as a means of execution to prisoners on death row to help alleviate the transplant organ donor shortage. This premise raises another set of issues as physicians become cast in the role of executioners, in violation of the Hippocratic oath and the guidelines of the American Medical Association.

In the story, Joseph Spencer needs a heart transplant. It’s taken a lot of fast talking from his wife and doctors to convince him, but he’s finally capitulated. While in preoperative holding, and just minutes before his surgery, Spencer sees—and recognizes—the donor of his new heart. Spencer’s sedation makes it impossible for him to protest this unimaginable horror, and he loses consciousness, unable to abort the procedure, even though to do so could cost him his life.

Spencer’s doctor, chief heart transplant surgeon, Ross Fairing, confronts his own consternation that a courageous and innovative operation, preceded by a procedure on the donor’s heart to cure it of a tendency to generate life-threatening rhythm disturbances, has created an ethical conundrum that could destroy his transplant program and erode the public’s trust in its physicians.

Spencer survives the surgery but becomes suicidal, leading Fairing to uncover a deadly hospital conspiracy involving a disgruntled surgeon and a vindictive cardiology fellow, involved with a member of the criminal justice system, threaten to destroy all that Fairing has worked for—and end Spencer’s life in the process.

The Donation ends with a shocking revelation that turns a tragedy driven by one man’s grief into an affirmation of life. 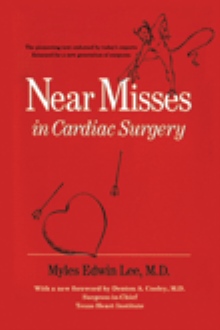 The Donation is a medical thriller that dramatizes the shortage of organs available for transplantation. It asks what if organ donation became a choice as a means of means of execution for prisoners on death row? How would it affect the donor pool? Would prisoners realize one last chance for redemption, to give something back to society? And what about the physicians who find themselves cast in the role of executioners as they convert executions into surgical procedures, against the guidelines of the American Medical Association and their own Hippocratic oath that urges them to do no harm?

A surgeon's role is to bring order out of chaos. The chaos begins when a celebrity patient, Joseph Spencer, discovers he needs a heart transplant. While in the pre-operative holding area, Spencer sees his donor in an adjacent bed. Not only does he see him, he recognizes him. His sedation makes it impossible for him to protest what for him is an unimaginable horror, and he loses consciousness, unable to abort the procedure, even though to do so could cost him his life. Spencer survives the procedure but becomes suicidal.

The transplant surgeon, Ross Fairing, discovers that he and his team have been unwitting co-conspirators in the death of the donor who had no business on an operating table, let alone be in a hospital. He confronts his own consternation that a courageous and innovative operation has created an ethical conundrum that could destroy his transplant program and his career.

And how does a shocking revelation at the end of the book, a revelation that turns a tragedy driven by one man's grief, into an affirmation of life, release Spencer from his suicidal torments, and return him to the world of the living?

Morality and medicine collide with the criminal justice system in The Donation, a medical thriller that illuminates the organ donor shortage, one of the most pressing issues in medicine today

Myles Edwin Lee is a board-certified cardiothoracic surgeon who has practiced in Los Angeles, California, for thirty-two years. He has authored numerous scientific abstracts, articles, and book chapters in his field, including a textbook of complications in cardiac surgery. This is his first novel.