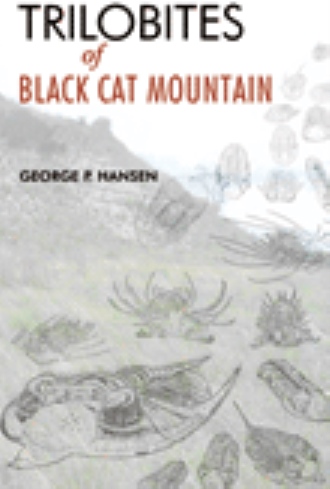 Paleogeographers have formulated a masterful reconstruction of the world 400 million years ago from knowledge of how sediment distributions depended upon latitudinal variations in temperature and other climatic effects. For instance, they found that carbonates usually precipitate in tropical to semi-tropical waters. Terrigenous clastics collect near the mouths of rivers. Pyroclastic dust and debris settle from volcano plumes. Evaporation salt deposits crust on the drying land surface in hot arid conditions. Black organic mud and shale digest and settle in enclosed, asphyxiated waters saturated with anaerobic bacteria. Heckel and Witzke used these kinds of relationships and the placements of these various deposits to reconstruct the world as it may have appeared in the Devonian. They achieved a view that is generally consistent with that derived from records of the Earth’s magnetic field frozen in surface exposures of igneous rock at different times in the planet’s history. These kinds of analyses yield inferences about the latitude and orientation of the North American continent at various times during the Paleozoic Era. From work such as this, come our general view of North American geography and weather conditions during the Devonian Period. The equator passed through Alaska, during the Lower Devonian. The North American continent was canted clockwise about forty-five degrees compared to today. This placed Oklahoma near the west to southwest margin, about latitude thirty-five degrees south of the equator. Carbonate depositional patterns on the continental surface through the Devonian record the changing conditions of inundation during the period. The Appalachian province spread across eastern states from Newfoundland to Alabama and then out across the mid continent to Oklahoma. The Cordilleran Province covered a similar sized stretch from the Canadian Northwest Territories down the Pacific coast into northern Mexico. Large evaporite deposits formed in several regions along the dry equator, possibly the largest in modern northwest Canada where shallow incursions of the sea were prevalent. These deposits came from evaporation of the water, concentrating its salts to the point of precipitation and ultimately dryness. The deposits migrated south and east as Devonian time passed, recording the northward drift of the continent, pushed by tectonic shear forces in the upper realm of the Earth’s mantle. In the Appalachian Province sedimentary deposits were predominantly carbonate, except directly along the northern Atlantic coast where the carbonate was mixed with terrigenous clastic sediments washing in from terrestrial highlands to the east. Interestingly, the carbonate sequences of the Appalachian Province were thinly blanketed by comparison with those found elsewhere. In the mid continent and eastward, they measure in hundreds of feet. In the Cordilleran Province, the Canadian Arctic Islands and in the Old World Realm of Eastern Europe and Russia, they reach hundreds to thousands of feet in thickness.

A photographic atlas of the Lower Devonian trilobites of Oklahoma, with helpful information to aid in their identification.

Trilobites are a well-known fossil group, possibly second most famous only to dinosaurs. With their easily fossilized exoskeleton, they left an extensive and diverse fossil record. They began a drawn-out decline to extinction during Late Devonian time, when all but one of the trilobite orders died out.

This meticulously researched reference guide is a photographic atlas and descriptive compendium on the trilobites of Coal County, Oklahoma. The species described lived during the Lower Devonian in a shallow tropical ocean that had advanced over the landscape of North America. More than twenty species are exquisitely preserved in Oklahoma’s limestone rocks.

Each species is carefully illustrated, including thorough descriptions, so that those familiar and unfamiliar can understand and appreciate these amazing creatures. The most current scientific research on these trilobites is also included. For those wishing to pursue a deeper interest in trilobites, a comprehensive bibliography lists hundreds of sources of information for further study.

George Hansen has a PhD in chemical physics from Rice University. His lifetime hobby has been geology and paleontology, collecting fossils and reading both casual and professional literature from these fields. He lives in Texas with his wife and son where he works for an engineering and technical think tank.